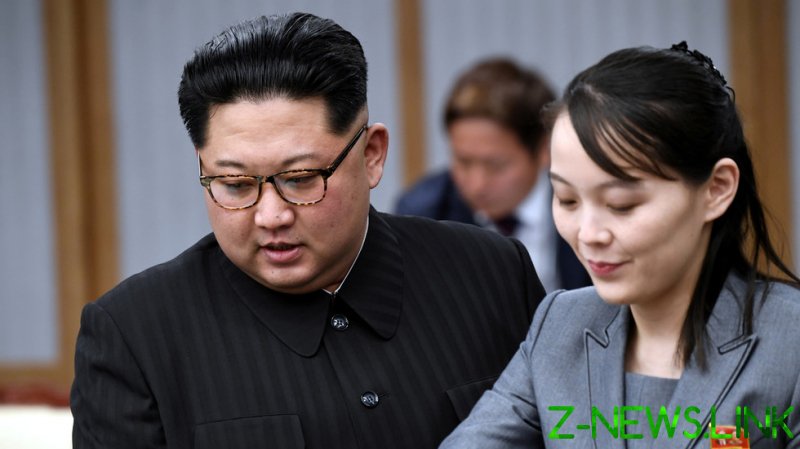 “We take this opportunity to warn the new US administration trying hard to give off powder smell in our land,” Kim Yo-jong, the sister of North Korean leader Kim Jong-un, said in a statement released by state media. “If it wants to sleep in peace for [the] coming four years, it had better refrain from causing a stink at its first step.”

The colorful message was issued after the Biden administration announced that attempts to reach out to Pyongyang have so far been unsuccessful. On Monday, White House Press Secretary Jen Psaki said that the Biden administration was committed to reducing the “risk of escalation” with North Korea, but has not received any response to their diplomatic overtures. According to Psaki, there has been no “active” dialogue between the US and North Korea for over a year.

The verbal ribbing from North Korea comes amid joint military drills held by South Korean and US troops that began last week. The drills were limited to computer simulations, partly due to the coronavirus crisis and also in an attempt to maintain engagement with South Korea’s northern neighbor. Pyongyang has previously decried the simulations as a preemptive attack on the country.

Under the Trump administration, the US and North Korea enjoyed an unprecedented level of dialogue. The former president became the first US leader to set foot on North Korean soil during a visit to the Demilitarized Zone. However, the goodwill soon dried up after Washington demanded full denuclearization in exchange for sanctions relief. Pyongyang slammed the offer as unreasonable and negotiations quickly broke down. The Biden administration is currently conducting a review of Trump’s North Korea policy.