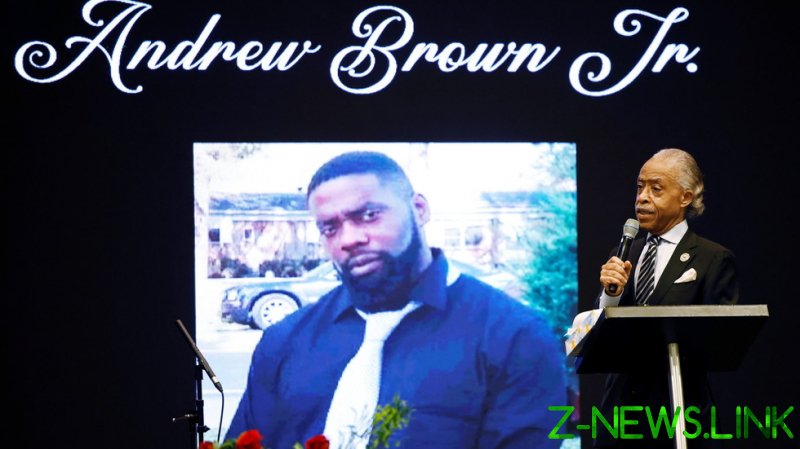 Brown’s movements on the scene left the cops concerned for their lives, Womble noted in his ruling, adding that the slain man had ignored deputies’ commands to stop his car, which instead allegedly posed a danger to the cops.

The officers were at Brown’s home to serve a warrant on drug-related charges on April 21. Brown was shot for reportedly driving recklessly and endangering the officers, “using his vehicle as a deadly weapon while attempting to resist arrest,” Womble told media on Tuesday.

Law enforcement reports had initially claimed the officers had only shot at Brown as he was driving away were reassessed, with the sheriff’s department having determined the first shot fired at Brown went through the front windshield, not the back – suggesting Brown was neither fleeing nor immediately attempting to do so.

The 42-year-old was shot and killed outside his Elizabeth City home. While three officers involved in the killing are still on leave, four others are back to work, with the sheriff having satisfactorily concluded they did not fire their weapons.

Brown was hit by five bullets, with one striking the side of his head, according to an independent autopsy funded by his family. While his relatives cited body camera footage to defend him, insisting he was neither armed nor driving in officers’ direction when he was shot, that explanation does not match up with Womble’s. The DA instead argued Brown had in fact hit the sheriff’s deputies twice with his car before the cops could fire their weapons. He has also said the deputies were not injured in the incident.

The FBI has launched a civil rights probe of the shooting, and body camera footage has yet to be released to the public aside from Brown’s family.