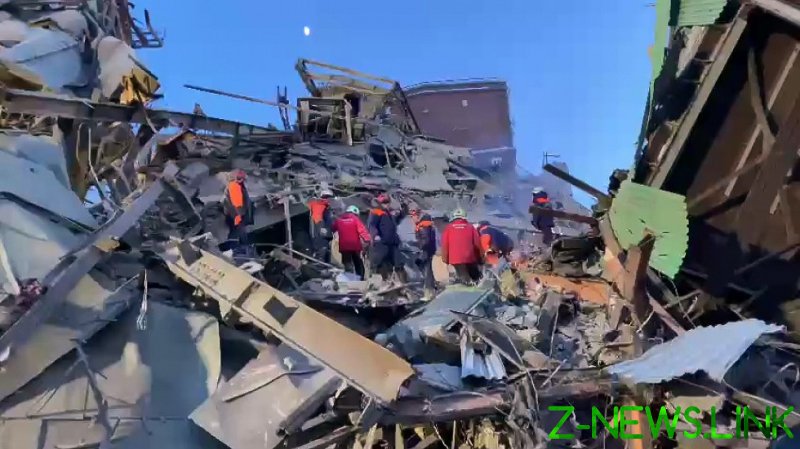 The Russian Emergencies Ministry confirmed in the early hours of the morning that the incident at a factory shop gallery had left at least four people in need of rescue. Another two were able to escape the wreckage before emergency workers arrived. “One of the hospitalized people died in the ambulance,” a press officer told Interfax.

The head of Norilsk Nickel, the multibillion-dollar conglomerate that owns the plant, has since admitted the company is likely culpable for the collapse. “This accident was presumably due to a gross violation of safety and industrial safety standards by the heads of the enterprise,” Vladimir Potanin, the firm’s president, told journalists later on Saturday.

“A lot of money is being invested” to prevent incidents like this, he added. “Apparently, our efforts are not enough. Taking responsibility, we will tighten industrial safety requirements in order to prevent this from happening in the future.”

In May last year, a colossal diesel spill from one of the mining giant’s fuel tanks near the same northern Russian city saw rivers nearby run red. An estimated 21,000 tons of petrochemicals seeped into the soil and local waters, and the impact on wildlife is still being assessed.

Earlier this month, a court fined Norilsk Nickel close to $2 billion in a record settlement for failing to safeguard against the unprecedented disaster. In a post to her Instagram, Svetlana Rodionova, the head of Russia’s Rosprirodnadzor environmental watchdog, wrote that “we won!” “Ecology is everyone’s business,” she added.