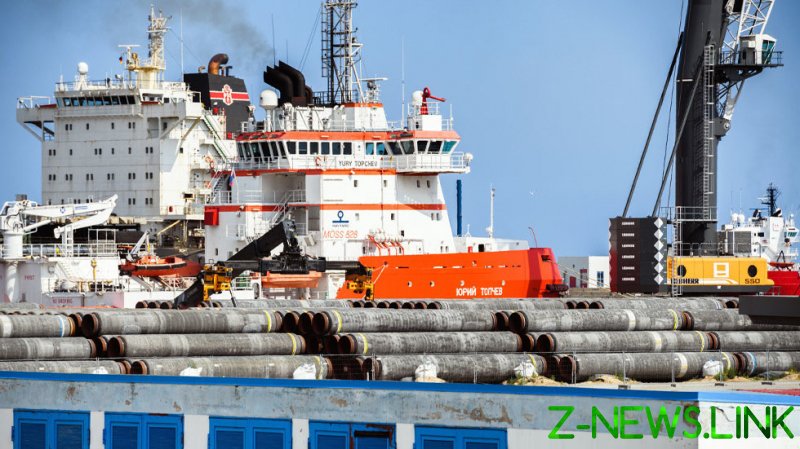 Politico reported on Thursday that Washington is likely to impose new sanctions on Russia, but the Nord Stream 2 infrastructure project, developed by state energy firm Gazprom, will escape being targeted this time around.

The new underwater link, which was completed in September, can transport 55 billion cubic meters of gas per year from the Russian coast through the Baltic Sea to Germany. Despite US President Joe Biden previously stating in 2016 that Nord Stream 2 “is a bad deal for Europe,” his administration has reportedly made no new plans to hit the pipeline with sanctions, according to the US-based publication’s sources.

Instead, it has been reported that this week’s rollout of new punitive measures against Moscow will be in response to allegations that Russian hackers were linked to the colossal SolarWinds cyber attack that saw US government department computer networks compromised. A number of sensitive servers were said to have been breached, including those with files on the country’s counter-intelligence investigations, response to Covid-19 and policy on sanctioning Russians. Microsoft users’ data was also made public.

As part of the new sanctions, a number of Russian diplomats will be expelled from the US, several reports have suggested.

The gas network may have been excluded this time, but Nord Stream 2 has been targeted by the US on a number of occasions in the past. In August, Biden argued that “certain Russian energy pipeline projects” would expand Moscow’s influence over the continent’s energy resources and weaken “Ukraine and Eastern flank NATO and EU countries,” thereby threatening “the national security, foreign policy, and economy of the United States.”

His executive order aimed to “block the property and interests in property of foreign persons” who were “engaging in certain activities or providing certain services to facilitate construction of the Nord Stream 2 pipeline project, among others.”

According to Russian Foreign Minister Sergey Lavrov, the US’ efforts to hinder the pipeline’s completion had no chance of success. “There is still a full-frontal attack, in spite of everything, on Nord Stream 2,” he said, despite the fact “everyone knows the Americans have realized [it will be completed.]”

The news of the sanctions comes amidst hopes that the relationship between the US and Russia could be on the mend. Following US Undersecretary of State for Political Affairs Victoria Nuland’s visit to Moscow, a number of Russian officials have said that the dialogue between the two nations is progressing.

On Wednesday, Foreign Ministry spokeswoman Maria Zakharova said the US had “taken stock” of a number of issues between the two countries, and that there was now an understanding of the stickiest issues hindering the countries’ bilateral relations.

Dmitry Kozak, the Kremlin’s deputy chief of staff, also said that “a thorough and constructive dialogue took place regarding the settlement of the conflict in south-east Ukraine,” during a meeting that Nuland herself described as “productive” and “useful”.