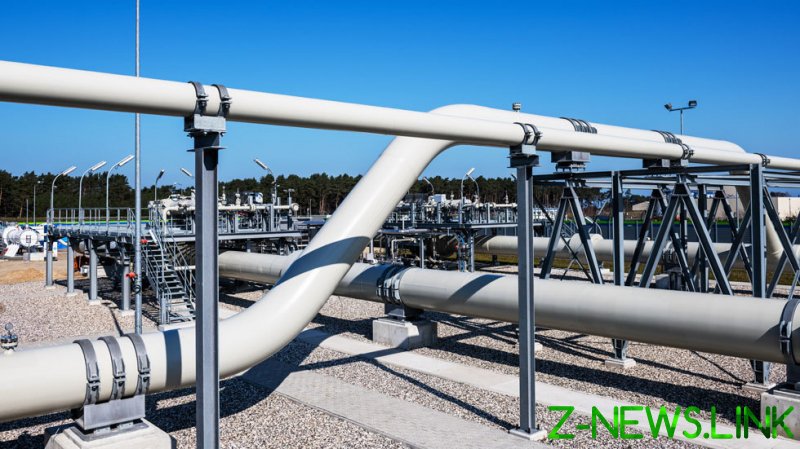 In a statement released on Monday, the operators said “the procedure for filling the first string of the Nord Stream 2 gas pipeline has begun.” According to them, “the string will now be filled with gas gradually in order to achieve the volume and pressure required for further technical testing.”

“Earlier, technical work was carried out to ensure the integrity of the pipeline, including in-line inspections using special diagnostic devices known as ‘smart pistons’, as well as external visual and instrumental checks,” the statement continued.

The step is among the final preparations to ready the underwater link to begin carrying supplies of Siberian gas from near the Russian city of St. Petersburg to consumers in Germany, where it terminates, and across Western Europe.

In September, the team behind the project said the final section of pipe, numbered 200,858, had been lowered into the Baltic Sea and welded into place. The last stage of construction was carried out in Danish waters, through which the network runs.

On Monday, Danish officials said all the necessary steps had been taken to certify the pipeline and now, as far as they were concerned, it was ready to begin operating. However, it won’t get the green light to begin pumping until Berlin’s regulators give the final say-so. Russian officials have said they hope this will be received within the coming days, and there will be no bureaucratic delays.

However, on Saturday, Deputy Foreign Minister Alexander Grushko said there was still a chance that opponents of the scheme would aim to exploit “legal squiggles” in an effort to prevent it from ever working. Ukraine has strong objections to Nord Stream 2, which it says will deprive it of billions of dollars in gas transit revenues from supplies passing through its Soviet-built network of overground pipes. The US has also imposed a series of sanctions designed to halt construction, arguing that the new gas link would give Russia the upper hand when it comes to energy security in Europe.

Both the team behind it, and the Kremlin, reject these claims. Its operators say that “Nord Stream 2 will contribute to meeting the long-term needs of the European energy market for gas imports, improving supply security and reliability, and providing gas under sensible economic conditions.”

The news comes amid a deepening crisis over energy supplies in much of Western Europe, with reserves of gas running low and prices shooting up by as much as 250%, even before the cold winter weather sets in.