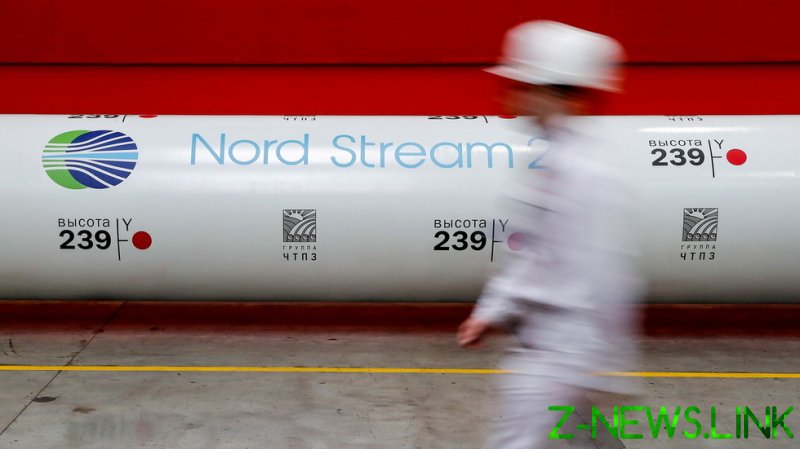 In a statement issued on Friday, Alexey Miller, Chairman of the Saint Petersburg-based energy giant, said that “at 8.45am this morning Moscow time, work on the Nord Stream 2 pipeline has been completed.”

Earlier this week, Russian Foreign Minister Sergey Lavrov revealed that the laying of pipes under the Baltic Sea would be “completed in a few days and (it) will begin working.” Bloomberg reports that gas is expected to begin flowing through its network from the start of next month, and that final testing and preparations are underway.

According to Lavrov, efforts by the US government to halt construction through sanctions and political pressure have now failed. However, he added, “there is still a full-frontal attack, in spite of everything, on Nord Stream 2,”  despite the fact “everyone knows the Americans have realized [it will be completed.]”

Last month, American President Joe Biden unveiled a new package of sanctions aimed at firms involved in its construction, saying that completion of the project would increase Russia’s influence in European energy markets, while weakening “Ukraine and Eastern flank NATO and EU countries.” The pipeline, the White House said, therefore threatens “the national security, foreign policy, and economy of the United States.”

Washington’s measures came as German Chancellor Angela Merkel visited Moscow for a summit with Russian President Vladimir Putin, and despite Biden having previously admitted that it was “almost completed.”

In May, the US President said that “to go ahead and impose sanctions now, I think is counterproductive in terms of our European relations.” Berlin and Washington had also penned a deal under which the Americans would cease to oppose Nord Stream 2, provided Germany commit to support sanctions against Moscow if it uses the pipeline for “aggression.”

Russia insists that the pipeline is a vital step to secure the continent’s energy supply and deliver low-cost gas from Siberia to consumers in Western Europe. Moscow has denied claims that it plans to use the new link to cut off neighboring Ukraine from energy.

However, Kiev insists that it stands to lose billions in gas transit fees if supplies are moved through Nord Stream 2, rather than its overground network of Soviet-built pipes, which were constructed by Moscow when both countries were members of the Soviet Union.

In June, Ukrainian President Volodymyr Zelensky told visiting delegation from the US congress that such a scenario would deprive Kiev of about $3 billion annually, leaving it unable to finance its armed forces.