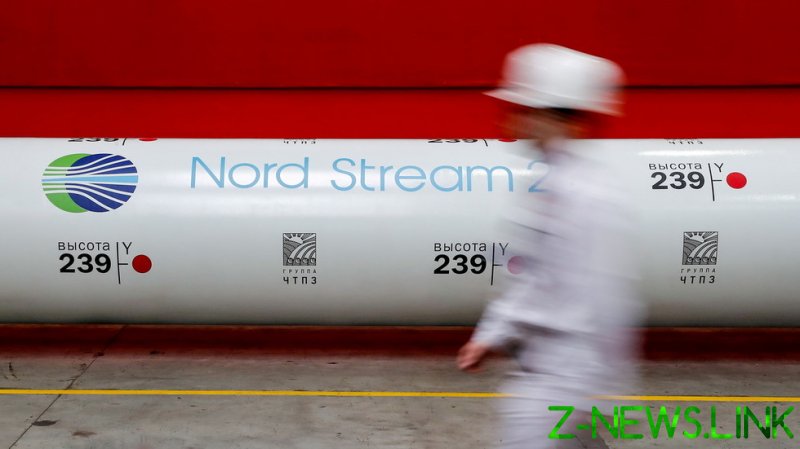 Known by its German acronym BMWi, the ministry sent its analysis of the pipeline to the body, known as the Bundesnetzagentur, on Tuesday. The agency has four months to finalize the certification process, and has already started the clock on September 8.

“In its analysis, the Federal Ministry of Economics comes to the conclusion that the issuing of a certification does not endanger the security of the gas supply to the Federal Republic of Germany and the European Union,” the ministry said.

Construction on the pipeline running from Russia to Germany under the Baltic Sea was completed last month. Once fully operational, Nord Stream 2 could deliver up to 55 billion cubic meters of natural gas annually. Both Germany and the EU are currently desperate for energy.

Washington has urged Germany not to fast-track the certification process, saying that Russia should instead deliver the gas via the existing pipelines that transit Ukraine. Kiev has offered a 50% discount on transit fees for the additional capacity matching that of Nord Stream.

US pressure has so far managed to delay the pipeline’s completion by over two years, citing concerns about the EU’s energy security and independence – and urging the Europeans to buy more expensive US liquefied natural gas (LNG).

According to the BMWi, Germany’s security analysis of Nord Stream 2 involved consulting the neighboring and other EU countries, including Estonia, Italy, Latvia, Lithuania, Austria, Poland, Slovakia, Czechia and Hungary.