Home / policy / “Nord stream-2”: Denmark disrupts the timing of the launch of the “pipe”

“Nord stream-2”: Denmark disrupts the timing of the launch of the “pipe” 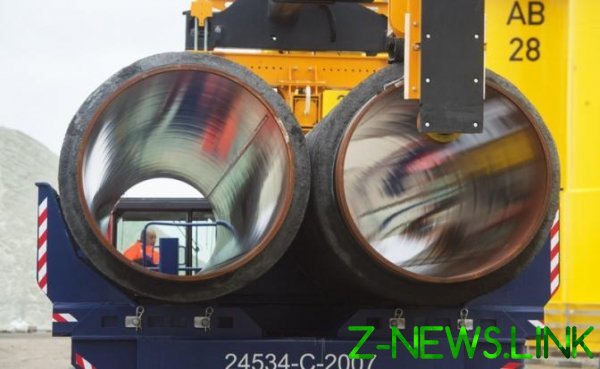 “Nord stream-2”, may not be commissioned as scheduled — by the end of 2019. The risk of construction delays arose because of Denmark. It is the only country which still has not given permission to lay the pipeline, in contrast to Finland, Sweden and Germany.

Externally, the problem looks like. The Danish energy Agency asked 2 Nord Stream AG — operator of the gas pipeline “Nord stream-2” is to include in the environmental assessment of a version of the gas pipeline in the Danish exclusive economic zone to the South of the island of Bornholm. About it on March 27, said the Nord Stream AG 2 in response to the message in Twitter of the Ukrainian “Naftogaz” that the Danish authorities allegedly rejected the application of the operator to lay the pipeline — the information in Nord Stream AG 2 denied.

The problem is that the environmental assessment of the route can take, according to expert estimates, from three to six months. It means triumphal entry into operation of the pipeline by the time expires, the transit agreement with Ukraine may not happen.

Recall that Denmark opposes the construction of “Nord stream-2” for a long time. In 2017, the country passed a law that allows the government to prohibit the laying of gas pipelines in the Danish territorial waters for political reasons.

Then “Gazprom”, which initially was going to lay a gas pipeline along the same route as the “North stream-1” — in the territorial waters of Denmark to the South of the island of Bornholm — filed a second application for the strip. This time to the North-West of Bornholm, outside Danish territorial waters. This second route is located in the exclusive economic zone of Denmark — that is, in international waters. Therefore, to prevent the gasket there is Copenhagen can not.

Both applications are still in Danish regulator, who does not reject them and did not approve. And now, pushing the demand on ecological expertise, the Danes clearly the delay time.

Failure of terms of commissioning of the “Nord stream-2” Kiev gives a trump card in the negotiations on the fate of the Ukrainian transit. The situation for Moscow could have saved a consortium to manage the Ukrainian GTS with Gazprom’s participation: save the transit in terms of the consortium would make an interesting transit for Russia. Readiness to consider such an option the head of the concern Alexei Miller said on March 22, during the meeting of Prime Minister Dmitry Medvedev meets with Ukrainian opposition politicians Yuriy Boyko and Viktor Medvedchuk.

“The proposal for the consortium we have always supported, have always been supporters of this project. If an offer from the Ukrainian side to hold talks, we will hold negotiations and will become participants in the gas transportation consortium in Ukraine”, — said Alexey Miller.

He also noted that Gazprom is ready to extend the current transit contract with Ukraine.

But does not the fact that Kiev is going to cooperate. On the contrary, in the “square” smartly and Medvedchuk, after their visit to Moscow, announced almost traitors to the Motherland. And the Ukrainian act of 2014, which prohibits Russian companies to participate in such a consortium, unlike companies in the U.S. and the EU in Ukraine has not been canceled.

This means, the Ukrainian transit gets a chance not just to survive — Moscow had agreed to this, and a chance to survive in a decent volume. Strategic victory for Kiev it would be hard to call, but the tactics certainly.

— The struggle around the “Nord stream-2” is entering a decisive phase, — the head of analytical Department of national energy security Fund Alexander Pasechnik. The most straightforward option — examination requested by the Danish energy Agency, will have to do in a forced mode.

Notice one thing: it is very strange that Copenhagen just now woke up with this expertise. Moreover, all the other countries through whose territorial waters is “Nord stream-2” similar “individual” examinations requested.

“SP”: — These countries don’t care about the environmental safety of the project?

— Not at all. Just on the “Nord stream-2”, a General environmental assessment. And Finland, Sweden and Germany considered that it is enough.

Danish excitement about a new gas pipeline look even more contrived that the territorial waters of Denmark is quite similar to the “Nord stream-1”. And no complaints from the environmental point of view to him does not arise.

“SP”: — Why Copenhagen’s trying to put us spoke in the wheel?

— Denmark, I believe, diligently fulfills policies of Washington. Its purpose is obvious — to slow down the construction of “Nord stream-2”.

At the same time, in my opinion, for the sound of the refusal of the Danes there are no distinct arguments. And the situation came close to the brink, when Copenhagen it is right to say: he gives permission for laying the pipeline or not.

— First of all, we need to understand as far as legal positions need the expertise. Again, environmental impact assessments done enough, including the “Nord stream-1” which is a twin of the current project.

“SP”: — How this situation will affect the fate of the Ukrainian transit?

To date it is clear that after 2019 some transit volumes for Ukraine will remain in any case. Gazprom says about 15-20 billion cubic meters of gas per year, with a mandatory term decline. For its part, Naftogaz is insisting on a minimum volume of 40 billion cubic metres — supposedly with this mark a possible break-even operation of the GTS. Moreover, in Kiev believe that Russian deliveries should be maintained at least 10 years.

If the “Nord stream-2” will not be launched before the end of 2019, Kiev will cling to this fact like it’s the last chance to agree on the volume of transit in their favor. Nothing else, in fact, remains.

But by and large it doesn’t change anything. Gazprom announced Ukraine’s new horizons for the contract — 10 years — absolutely not satisfied. Any such contract must be accompanied by a condition “take or pay”.

Besides, it is necessary to understand that even if Denmark is now rested, “Nord stream-2” in the end, will be built — even with a six-month delay. Not for the fact we paved to throw the empty at the bottom of the Baltic sea.

I stress that the Ukrainian transit with all hands turn in 2020, from the strategic to the subordinate. And strategic direction for the delivery of Russian gas to Europe will be the TRANS-Baltic.

So do not make local document — environmental impact assessment — a global problem. You need to look at the big picture. I think the decision on it will be made in the interests of the Russian Federation.

— Now against the construction of the pipeline actively support Ukraine, Poland and Denmark. But we should not forget that Russia has in the West, have partners — primarily Germany. Here is a very important point: Germany sinhroniziruete the construction of onshore continuation of the “Nord stream-2” with the stated terms of the launch of the TRANS-Baltic gas pipeline, without looking at any attendant circumstances.

This means delay in starting directly hit the interests of Berlin. The Germans, presumably, will do its utmost to avoid this.