Home / WORLD / ‘Nobody will call it that’: Netizens puzzled after ‘racist’ ‘Aunt Jemima’ syrup & pancakes rebranded as ‘Pearl Milling Company’

‘Nobody will call it that’: Netizens puzzled after ‘racist’ ‘Aunt Jemima’ syrup & pancakes rebranded as ‘Pearl Milling Company’ 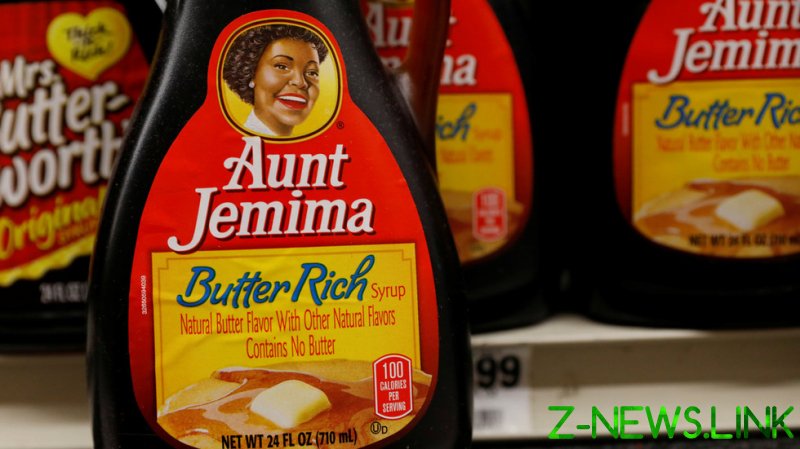 The behemoth food and beverage corporation, and its subsidiary Quaker Oats, declared on Tuesday that the Aunt Jemima pancake and syrup line would soon be retired for good, set to be replaced by the new branding in June.

“Throughout the effort that led to the new Pearl Milling Company name, Quaker worked with consumers, employees, external cultural and subject-matter experts, and diverse agency partners to gather broad perspectives and ensure the new brand was developed with inclusivity in mind,” the company said in a statement, adding that while it had updated the Aunt Jemima label over the years to “remove racial stereotypes,” it concluded last year the entire brand had to go.

PepsiCo also pledged to make a “$5 million commitment to support the Black community” in its announcement, though did not explain what that would entail.

While some observers online hailed the decision as long in the making – arguing the Aunt Jemima brand is directly inspired by the ‘mammy’ stereotype dating back to chattel slavery in the US – others found the name-change to be a token gesture to appease a “woke mob” that would do nothing to combat real-life racism.

“Good luck with the new branding after succumbing to the woke mob. Let’s see how that works for you,” one user wrote, while another quipped“Racism is over folks. Aunt Jemima will no longer exist in this cruel world. We can all sleep better at night now.”

Critics proposed some alternative brand names for PepsiCo to focus-group, among them the bland – if not honest – “Artificial Flavoured Corn Syrup,” as well as “Now Woke Syrup” to underscore the company’s newfound inclusivity. Another user, meanwhile, insisted the ‘Pearl Milling Company’ designation would never stick, arguing most consumers will keep on using the now-verboten name.

“Nobody will call it ‘Pearl Milling Company’ anyway! It will always be ‘Aunt Jemima,’”wrote the commenter.

Aunt Jemima’s retirement comes as a series of major corporate mascots have been shelved in recent months, joining Nestle’s ‘RedSkins’ and ‘Chicos’ candy, the ‘Eskimo Pie’ brand, ‘Uncle Ben’s’ rice, ‘Mrs. Butterworth’ syrup and ‘Cream of Wheat’ porridge, among others – all cancelled over concerns they featured offensive racial caricatures.