Home / WORLD / Nobody can ever hate Russia enough to satisfy West’s fanatical anti-Moscow fringe, as mainstream commentators are now discovering 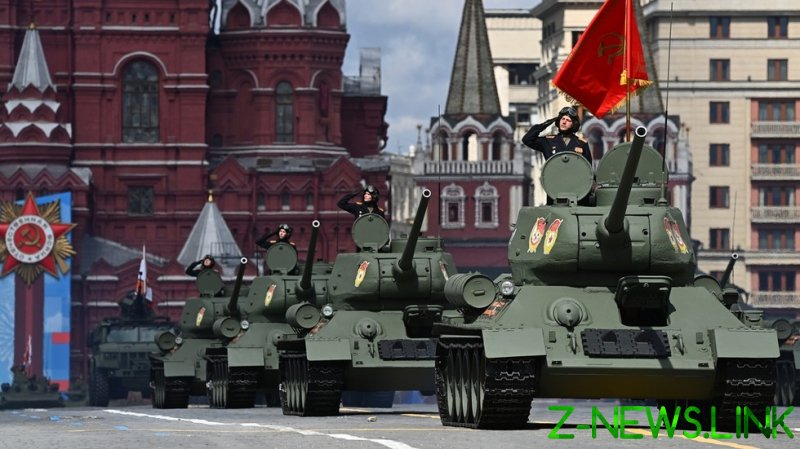 Signed by over a hundred American academics and former government officials, the appeal protests the treatment meted out to expert Matthew Rojansky, who was recently considered by the White House for a post in the US National Security Council. Having a reputation as a relative moderate when it comes to Eastern Europe policy, Rojansky attracted the ire of hardline anti-Russia activists, who took it upon themselves to launch a relentless campaign against his appointment. These included the Ukrainian Congress Committee of America lobby group, which penned an appeal to US President Joe Biden urging him to reject the candidacy.

Shortly afterwards, news emerged that Rojansky, the director of the Woodrow Wilson’s Kennan Institute, would indeed be blocked from the post. The open letter, signed by several former ambassadors to Russia and the Soviet Union, complains that “the personal attacks on Mr Rojansky were intended simultaneously to damage Mr. Rojansky’s reputation and to shut down policy debate.”

It goes on to add that “baseless accusations were levied, some outlandish (of Mr. Rojansky as a ‘Kremlin asset’) and some deceptively moderate… Scholars, experts, and policymakers must carefully assimilate new evidence and regularly challenge old assumptions: the only guarantee of doing so is a range of perspectives expressed through vigorous debate… We the undersigned wish with this letter to defend the ideal of free inquiry and discussion.”

It is hard to respond to this with anything but a big “hurrah.” A response like this is long overdue.

And yet…and yet, there is something about the letter that doesn’t quite pass the sniff test. Defending Rojansky, the letter signatories complain that his opponents have painted him as “controversial.” This is not true, they say. Rather, “Mr Rojansky is a respected member of the expert community in Washington, DC. His ideas are well within the scope of serious debate about US Russia policy.”

Rojansky’s enemies have leaped on his criticisms of the more extreme comments of the anti-Kremlin lobby. In a 2017 article in the Moscow Times, for instance, Rojansky complained of “Cold War-style paranoia about the Russian bogeyman.” But it would be wrong to conclude that Rojansky is in some way “soft on Russia.” In the same article, he wrote that “[Russian President Vladimir] Putin is a huge problem for the United States… He has crushed every bud of liberal democracy in Russia, has invaded Ukraine to seize its sovereign territory by force, at the cost of well over 10,000 lives, and he has backed the dictator Bashar Assad in Syria, with the blood of hundreds of thousands on his hands.”

Dispelling any idea that he might be toeing a Kremlin line, the academic added that “the evidence is quickly mounting of Russia’s interference in the 2016 US elections and of its ongoing operations, apparently aimed at eroding democratic politics, social cohesion and security alliances from Europe to Latin America. These are grave threats and they should be met with clarity, strength and resolve.”

Rojansky’s ideas, therefore, are indeed “well within the scope of serious debate about US Russia policy,” as the letter says. That perhaps explains why the campaign against him caused such a fierce reaction. The anti-Kremlin lobby wasn’t targeting somebody who the mainstream considers genuinely controversial, but somebody who it considers “one of their own,” and “a respected member of the expert community.” For those who believe there is an existential conflict between Moscow and Washington, it is clear to them Rojansky is on their side.

Unfortunately, the same concern for “a range of perspectives expressed through vigorous debate…free enquiry and discussion” has been notably absent when others, whom the so-called expert community does not consider “one of us,” have been similarly targeted. And targeted they have been, in ways just as badly as, if not worse than, Rojansky.

Take, for instance, the case of Carter Page, a one-time adviser to former US President Donald Trump during his first run for the White House. Page was subjected to multiple accusations that he was a Russian agent, had his phone tapped by the FBI, and had to resign from his post in the Trump campaign. His sin was to have urged the United States to adopt a more friendly policy toward Russia and to have given a speech in Moscow. Yet, a group of more than 100 academics and policy experts didn’t rush to his defense in the name of “free enquiry and discussion.”

Neither have they been eager to support any of the other people who have been subjected to similar machinations. The Atlantic Council, for instance, issued a series of publications entitled ‘The Kremlin’s Trojan Horses’ that attacked supposed Kremlin assets in a number of countries around the world. The policy community remained silent. In Canada, the MacDonald-Laurier Institute think tank similarly issued a report listing an esteemed professor from Carleton University, a highly respected former ambassador, and various businessmen, in a chapter entitled ‘The Kremlin’s Army of Influence: Compatriots, proxies, surrogates’.  Again, the expert community was silent in the face of this Red Scare.

The US government recently issued a report denouncing various websites as assets of Russian intelligence and accused them, among other things, of spreading anti-vaccination propaganda on behalf of the Russian state. These websites are indeed “controversial” but the evidence that they are foreign intelligence agents is slim to non-existent. Yet once again the expert community said nothing in the face of these challenges to media reporting.

In short, it appears that “free enquiry and discussion” matter only when restrictions impact “one of us” and limit debate within the already very limited confines of what is considered “serious” in the expert community. The letter in defense of Rojansky argues that vigorous debate of multiple ideas is necessary for the creation of effective policy. But that must include ideas that fall outside of the mainstream. Otherwise, it isn’t vigorous debate at all.

That means that the defense of free speech must include those who lie outside the core of “respected members of the expert community,” not just to its chosen scions. If the situation has gotten so bad that even the mainstream is under attack, it is because militant extremists have already narrowed the framework of permissible debate by isolating those who think otherwise. By failing to come to the defense of those dissenters, the mainstream has left itself vulnerable to attack. There are few whose views are extreme enough to be entirely acceptable to the most hardcore Russia-critics.

Unfortunately, the letter decrying Rojansky’s treatment suggests that the bulk of supposed policy experts has yet to understand this. Instead, what angers his supporters is that the assaults on free speech that previously affected others have now reached one among their own ranks. It is very much too little, too late. By failing to defend those outside their herd, they have brought this upon themselves.