No, YOU are fake news: Satire site forces New York Times to retract calling them ‘misinformation’ 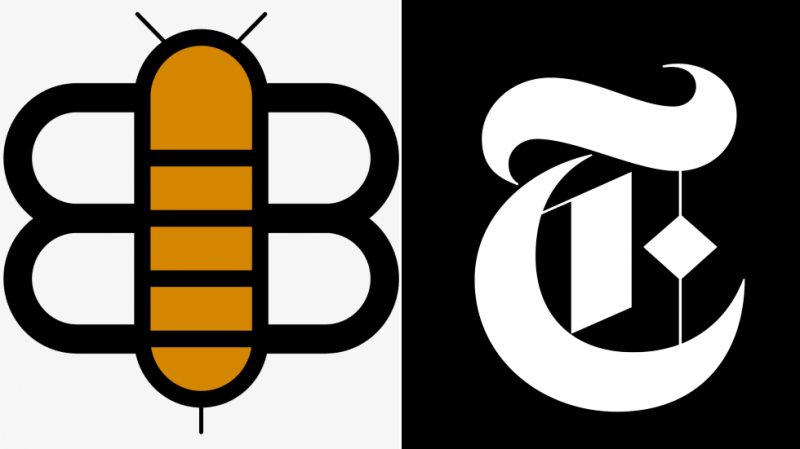 “This is huge. The NY Times was using misinformation to smear us as being a source of it,” Bee CEO Seth Dillon tweeted on Monday, calling it “malicious” behavior.

“We pushed back hard and won. Thanks to everyone who voiced and offered their support. We don’t have to take this nonsense lying down. Remember that,” Dillon added.

An article about Facebook censorship of irony in March, authored by the Times’ tech reporter Mike ‘Rat King’ Isaac, described the Bee as a “far-right misinformation site” that sometimes trafficked in fake news disguised as satire to avoid censorship from Big Tech. It was the only example offered, too.

After the initial complaint from Dillon, the Times edited the article to say that the Bee, “a right-leaning satirical site, has feuded with Facebook and the fact-checking site Snopes over whether the site published misinformation or satire.” That, too, was wrong.

“The update is every bit as damaging (and false) as the original,” Dillon tweeted at the time, and explained that Snopes has actually retracted their insinuation about the Bee’s motives, and even created a whole new label for satire. Snopes has also discontinued their fact-checking partnership with Facebook, in early 2019.

A correction dated June 10 – of which the Times notified the Bee on Friday – now says the earlier version of the article “imprecisely” referred to the “right-leaning satirical website,” and that Facebook and Snopes have since dropped the claims the Bee ever trafficked in misinformation.

The partial retraction is a victory of sorts for the satirical outlet, but the original Times story remains up, even though it had offered the Bee as the sole example of “far-right misinformation” allegedly giving benevolent social media censors headaches.

The Bee has often found itself a target of heavy-handed response by Big Tech and ‘fact-checkers’ to its jokes. In September 2020, USA Today ‘fact-checked’ their story about Justice Ruth Bader Ginsburg, only to conclude it was satire.

On at least two occasions, however, crackdowns followed attacks on the Bee in The New York Times. In April, as Dillon and his coworkers fought against the defamatory claim in Isaac’s article, Facebook demonetized the Bee’s page over a joke about rioters, for “promoting crime.”

Something similar happened in October 2020. Just four days after the Times accused the Bee of being a site that “capitalizes on confusion” and has a “habit of skirting the line between misinformation and satire,” Facebook demonetized their page for “inciting violence.” The culprit? A story lampooning Senator Mazie Hirono (D-Hawaii) with a witch-hunting joke from ‘Monty Python and the Holy Grail.’