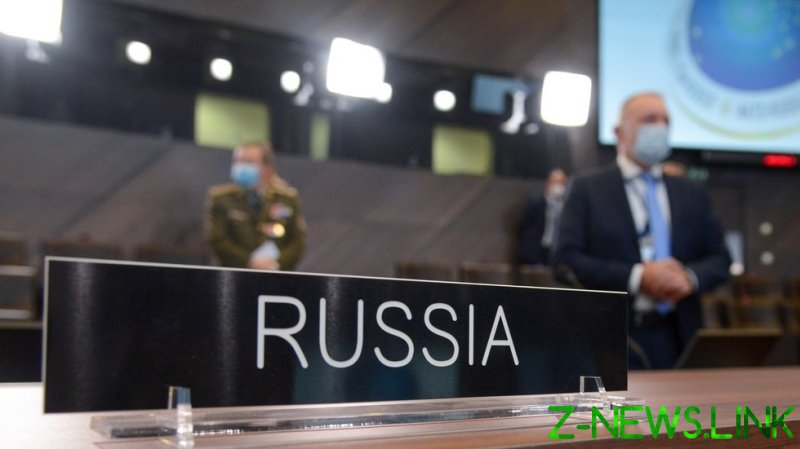 The diplomat added that Moscow believes NATO’s behavior is creating a “unacceptable” threat to Russia that it will have to counter.

Grushko also alleged that the bloc is responsible for ending any and all cooperation with Russia on key common security issues such as the fight against terrorism, drug trafficking and piracy. He called out the US over the “collapse” of the arms control agreements, bringing up Washington’s exit from the INF and Open Skies treaties and dragging its feet on extending New START.

Russia has proposed de-escalation measures, but NATO has so far ignored them, the diplomat added. The bloc appears to recognize security as something that only applies to its members, in direct violation of numerous international treaties. Russia finds this unacceptable, Grushko said, adding that if NATO persists with the policy of containment, deterrence and intimidation, Moscow will respond in kind.

Earlier on Wednesday, NATO’s Secretary-General Jens Stoltenberg told reporters that the two sides had a “frank and open discussion on a wide range of issues, of course focusing on tensions in and around Ukraine.” However, Stoltenberg ruled out any deal on NATO’s further expansion, saying that “Russia does not have a veto” over that process and that “only Ukraine and 30 allies can decide when Ukraine becomes a member.”

Moscow is adamant that Ukraine and Georgia must “never, ever” become NATO members, according to Grushko’s colleague Sergey Ryabkov.