Home / WORLD / ‘No unfair advantage’: Vietnam rejects US ‘currency manipulation’ charge, but vows to work with Washington to resolve row

‘No unfair advantage’: Vietnam rejects US ‘currency manipulation’ charge, but vows to work with Washington to resolve row 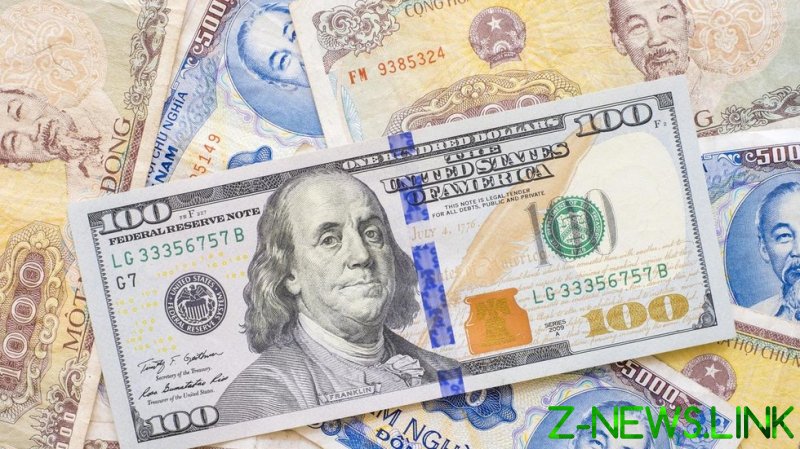 The State Bank of Vietnam responded to a new US Treasury Department report in a statement on Thursday morning, rejecting charges that it manipulated its currency to create “unfair advantages for foreign competitors” but saying it is nonetheless willing to discuss the matter with US officials.

Arguing that its monetary policies are designed to control inflation, encourage growth and “stabilize the macro-economy,” the bank insisted it had no intention of “creating [an] unfair international trade advantage,” adding that it “attaches great importance to a stable and sustainable” relationship with the US.

The State Bank of Vietnam will coordinate with the concerned ministries and branches to discuss and work on issues that the United States is interested in, in the spirit of cooperation [and] mutual benefit

Addressing the existing $57 billion trade surplus with the US, the bank said the gap was caused by “a range of factors” linked to the “peculiarities of the Vietnamese economy.”

Washington has previously accused Hanoi – America’s thirteenth largest trading partner – of manipulation, ramping up tariffs on the country’s tire industry in November while claiming it had deliberately “undervalued” its currency, the dong. The Treasury Department report on Tuesday was the first time the US officially slapped Vietnam with the “manipulator” label, however, laying the ground for additional penalties should the two sides fail to resolve the spat in bilateral talks.

The Treasury also hit Switzerland with the same designation in its report on the basis of three criteria: a $20 billion-plus trade surplus with the US, current account surplus exceeding two percent of GDP and currency intervention exceeding two percent of GDP.  India, Thailand and Taiwan, meanwhile, were added to a “monitoring list” over similar concerns of currency-meddling.

While China was deemed a currency manipulator last year amid a burgeoning trade war with the US, Washington revoked the label in January ahead of the ‘Phase One’ trade deal between the two countries. Beijing remains on the monitoring list, however, as American officials insist it still must “take the necessary steps to avoid a persistently weak currency.”