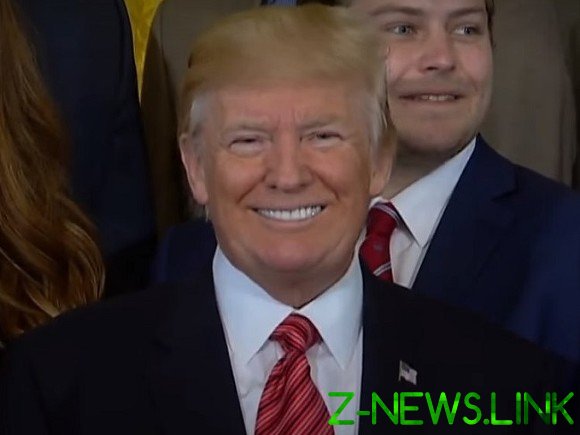 The Siberian smoke was reminded of American-Russian friendship.

Russian propaganda against the background of explicit failures around obscure normal people repression of the Moscow city Duma elections, certainly nothing decisive in the relations between the cultural layer of the population to Putin’s power, apparently, found a joyous occasion for pride. Well, of course, the U.S. President drew attention to the fires in Siberia and suggested to his counterpart in Russia unspecified assistance.

I quote the TASS, because the mouth of this Agency says it… well you know who. “The US President Donald trump in a telephone conversation, which took place at the initiative of the American side suggested to Russian President Vladimir Putin to help in the suppression of wildfires in Siberia. On Wednesday reported the press service of the Kremlin… the Russian President expressed his sincere gratitude to the Trump “for such careful attention, the offer of help and support.” Putin noted that the Russian side if necessary they will use. According to the press service of the President of the Russian Federation, Putin informed his American counterpart that now in Siberia created a powerful viagraprice for fighting fires. According to the reports of the EMERCOM of Russia, “with certain difficulties, but the issues with refuelling and the deployment of aircraft and helicopters”. The Russian President praised the proposal of his American counterpart about Russia’s assistance in fighting wildfires as a guarantee that in the future will fully normalize relations between Moscow and Washington.”

As they say, cough, cough – who knows, he will understand. Why the hell Trump Siberia, with its forest fires? However, like Putin. Well, taiga was burning centuries earlier and let them burn – not burn, if you believe the Irkutsk Huber, appointed by Putin, and other “talking heads” on the topic. The fact that the audience in Siberia a little confused by the smoke in the habitat, you can always survive with the help of a powerful head of TV propaganda. Or not, but no one cares. In fact, this propaganda has got in the news about friendly trump.

Clearly trump another bell will ring in the minds of the audience of Russian TV channels before the end of the week – for gift: the chief ruler of all the world is interested in us and wants to cooperate. Imagine how many talking heads will be raised in the next day for “proper” coverage of this outstanding event.

And there was just something simply mediocre for the country of world democracy (to which I largely also treat with skepticism) event – the President of the United States on the eve of a difficult election he decided to enlist the support of “green” and responded to the speech of the famous American actor Leonardo DiCaprio, known as the defender of nature. Recently, he participated in the creation of the documentary film “Save the planet”, devoted to the problem of global climate change on Earth. As a UN representative on this issue on 7 December 2016, he met with Donald trump to know the position of the future President of the United States for the protection of environment. It is known that trump repeatedly during the election campaign said that he believes the problem of climate change is far-fetched and even non-existent.

However, according to representatives of DiCaprio, the future President were receptive to a well-known actor: the conversation lasted about a half hour. They also noted that DiCaprio gave a copy of the film “Save the planet” Ivanka trump, and she promised to watch it.

So on the eve of a momentous call trump Putin Leo DiCaprio drew attention to forest fires in Siberia and wrote about this instagram post. He posted on his page a video, previously published by The Guardian, which focuses on the recent fires in Russia and other countries. “Arctic circle is suffering from an unprecedented number of forest fires that was the last sign of the climate crisis. Huge fire in Greenland, Siberia and Alaska produce a jet of smoke that can be seen from space,” wrote DiCaprio.He also quoted the statement of the world meteorological organization that the fires have allocated as much carbon dioxide per month, as the whole Sweden for the whole year.Russian users thanked DiCaprio for caring and asked him to help solve global problems. “Leo, man!”, “Thank You, Girl!”, “Even Leo doesn’t care about our fires, when our government will pay attention to this disaster?” “How many animals died in Hellfire, how many people suffered from diseases of the respiratory system, blood vessels, and heart!”, — wrote fans. On it informs “the Newspaper.Ru”.

So, on the eve of the US presidential elections of 2020 candidate Donald trump decided to make respect (without any obligations, because Putin is hardly going to ask him to help with fighting fires in Siberia, because Russia, according to the Kremlin, superpower and she can do everything, although not, of course) to the representative of the two most powerful centers of power in the United States, including political, Hollywood and “green”.

However, I think Trump will certainly report that on the eve of the universal fight against fires in Siberia, in Moscow, tied more than a thousand activists, the Kremlin’s propagandists with pleasure would call Pro-American. Well, these troublemakers demanded freedom of Assembly and expression, guaranteed by their arrogant assertions, some by the Constitution of Russia. What nonsense. Instead of having to put out fires in the light of the world, these rascals demanded freedoms. Well, the hives will put everything in place.

The game of trump is understandable, but what is the profit of Putin? To admit that we cannot extinguish the fires in the forests of Siberia, and it is the lungs of the planet? According to experts, can we put out a Scoop now and certainly not capable, with or without trump. So for what these pleasantries with overseas tyrant? Here for the sake of her beloved propaganda power of Vladimir Putin. Well, stocking up on popcorn, dawnbreaker over the Siberian forests in the middle. Say, to Moscow smoke can reach.

Isn’t it interesting to be on the eve of such an unusual election to the Moscow city Duma. You have a condo? I set myself right in the previous Moscow smoky Apocalypse – in August 2010. By the way, was brought from Kiev, because Moscow then all the condo already sold out, you know. Kiev for us then was very worried.