Home / WORLD / No thanks to Britain, the ghosting of Qatar by neighbours is over, but lingering tensions may guarantee post-World-Cup flare-ups

No thanks to Britain, the ghosting of Qatar by neighbours is over, but lingering tensions may guarantee post-World-Cup flare-ups 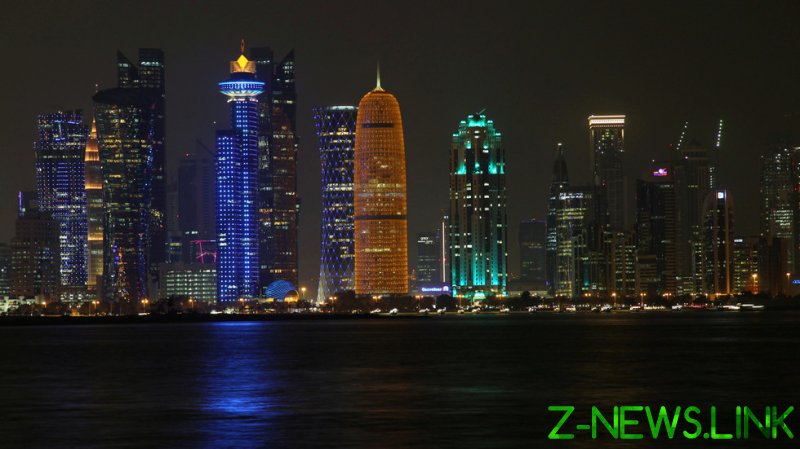 When a posse of Middle East heavies decided to gang up on one of its neighbors, things did not look good for Qatar, busy preparing for its role as host to one of international sports biggest events, the FIFA World Cup.

In the face of the combined might of Saudi Arabia, Egypt, Bahrain and the seven members of the United Arab Emirates, all demanding it rein in its popular Arabic television channel Al-Jazeera and sever all alleged ties with Iran, the Muslim Brotherhood and Hamas, there would appear to have been little choice but to bow to the pressure of a potentially crippling transport blockade and simply cave in.

How can you host the World Cup when your country is the target of a humiliating blockade?

But instead, Doha toughed it out. Which is a commendable effort, because, although the 40-year-old emir who leads the nation, Sheikh Tamim bin Hamad al-Thani has some powerful friends, they did leave him hanging in his hour of need.

As a former British protectorate, Qatar could be forgiven for expecting a bit more help from the UK as it started to feel the squeeze from the transport blockade. Not that Britain is solely to blame, there were plenty of other western nations happy to do business with the Qataris – even controversially awarding the desert nation next year’s World Cup – but when it came to standing up for them against the regional powers, there was little show of public support.

The holdings of the Qatari Investment Authority (QIA) in the UK are not inconsequential. It owns nearly six percent of Barclays Bank, around 22 percent of Sainsbury’s supermarket group, the world famous Harrods department store and is also part of a consortium that owns Heathrow Airport. Besides that, state-owned Qatar Airways owns 25 percent of British Airways’ parent company, IAG.

To suggest Qatar has an economic footprint in the UK would be something of an understatement.

The shopping list has continued, with the purchase of £5.1 billion-worth of Typhoon strike aircraft in 2017 which form part of the RAF and Qatar Emiri air force joint squadron based in the UK, as the head of the all-parliamentary British-Qatar group, Alistair Carmichael MP, mentioned in speech to the Commons just last month.

He also pointed out that the UK is the single largest destination for Qatari investment in Europe “something in the region of £40 billion to date” as he so coolly put it, along with the web of commercial, energy, cultural and education links the two nations share. Most of it is one-way traffic of course, but why let a detail like that get in the way of this celebration of friendship?

Carmichael also spoke briefly of the regional difficulties facing Qatar at the time with the transport blockade, and the adverse effects that was having on the ability of the Gulf Cooperation Council to function effectively, but then he dropped the ball, declaring, “I am not here to be an advocate for Qatar: it can do that for itself.” Maybe so, but my dear old bean, a bit of help would surely have been appreciated.

At the time, Kuwait was doing the heavy lifting as it sought to end the GCC internecine dispute and no doubt its efforts contributed to eventually bridging the split and all parties involved deciding they would be friends again after all. At least for the time being.

Who knows what really changed everyone’s minds? It might have been the fact that the threat posed by the Muslim Brotherhood has diminished in Egypt since they became an apparently insurmountable part of the problem three and half years ago. Or maybe regional politicians envious of Al-Jazeera television’s reach felt they were missing out on coverage around the Arab world. Or maybe it was the idea of all those hospitality tickets to next year’s World Cup.

Whatever the reason, the blockade has been lifted and Qatar dropped its efforts to pursue a WTO case against the UAE over economic isolation. Cross-border travel in the region can now resume, meaning an end to the separation of mixed Saudi-Qatari couples and to the relentless promotion of a narrative that Qatar was a state sponsor of terrorism. What should be noted however, is that Qatar made no compromises on anything.

So it’s over for now but still the bigger issues remain. Most often the resolution of problems involves a change in behaviour, a commitment to do things differently. But Qatar will still butt up against the UAE over Libya, where they back opposing sides, on Turkey – Doha hosts a military base for Ankara, the UAE is not a fan – and Iran, where the GCC is split into those who support engagement with Tehran – Qatar, Oman and Kuwait – and those who want Iran isolated – the Saudis, UAE and Bahrain.

The cessation of hostilities has two effects. Firstly, Saudi Crown Prince Mohammed bin Salman is free to meet new US President Joe Biden with a clean slate and a ready appetite for the business that Donald Trump made so difficult.

And secondly, Britain is off the hook. No longer having to fight the corner of Doha, the government is free to honour those property and defence contracts without the terrible inconvenience of dealing with a customer’s awkward regional blockade.

It also means Qatar is not only open for business, it’s open for football just in time for the World Cup build-up, which would have been a touch more difficult to enjoy had the host nation continued to face accusations of funding global Islamist terrorism.

Now the path is clear for us all to enjoy the fun before England inevitably exits the tournament prematurely and those tricky problems can wait for some other time. But they certainly will not disappear altogether, and everyone on the GCC knows that.