’No talks until sanctions lifted’: Lukashenko says Belarus won’t talk to West about refugee border crisis while embargoes in place 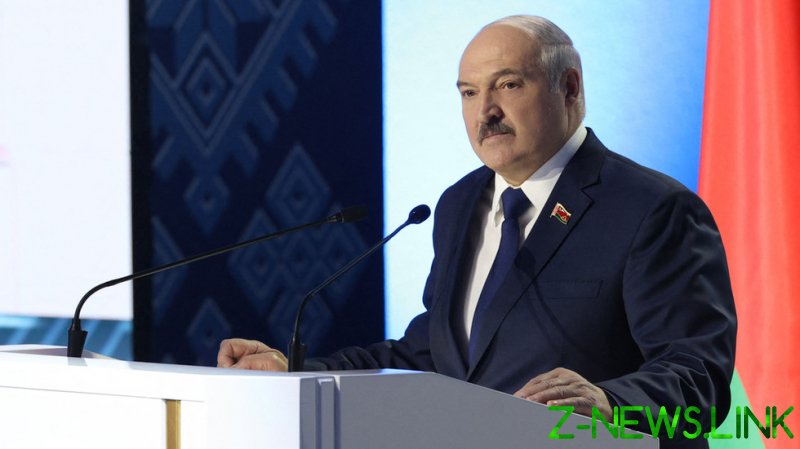 Speaking to journalists after a day of joint military drills with Russia, veteran President Alexander Lukashenko said Brussels would have to do a deal to relax economic restrictions imposed on the country if it wanted to see an end to the crisis. “If you want to live safely, then come – we’ll find a place, meet and discuss these issues,” he said.

“But until these senseless sanctions and efforts to humiliate our people are dropped, we won’t talk to them, and we won’t kneel before them,” he added.

At the same time, Lukashenko reiterated that his government would do everything in its power to overturn the embargoes leveled at it by the West in the wake of last summer’s disputed presidential election, and the police crackdown that followed. “We should not be considered as some minor people,” he said, “we have everything we need to guard our country against such encroachments.”

Brussels has accused Lukashenko of “weaponizing” desperate people in recent weeks, increasing the number of flights from troubled destinations like Iraq and Iran, with Belarusian authorities reportedly then driving would-be asylum seekers to the borders with the EU and encouraging them to cross.

Neighboring Poland and Lithuania have begun construction of frontier walls and passed emergency laws toughening their response to the situation, with the UN’s refugee agency, the UNHCR, slamming Warsaw for turning away vulnerable people.

Belarus insists it is simply no longer prepared to expend resources to prevent refugees from reaching the border in the context of an increasingly hostile relationship with the West. Last week, Lukashenko introduced a bill that would allow his country to refuse to accept any migrants deported from the bloc who had traveled through Belarusian territory.

The EU has imposed a series of sanctions since Lukashenko declared victory in last year’s election, which the opposition and many international observers say was rigged in his favor. Police responded to a wave of demonstrations with tear gas and a widespread campaign of arrests, and many opposition figures have since either left the country or been handed hefty prison sentences.