Home / WORLD / No Syrian militants deployed to Nagorno-Karabakh: They ‘have things to do’ in their own country, insists Turkish leader Erdogan

No Syrian militants deployed to Nagorno-Karabakh: They ‘have things to do’ in their own country, insists Turkish leader Erdogan 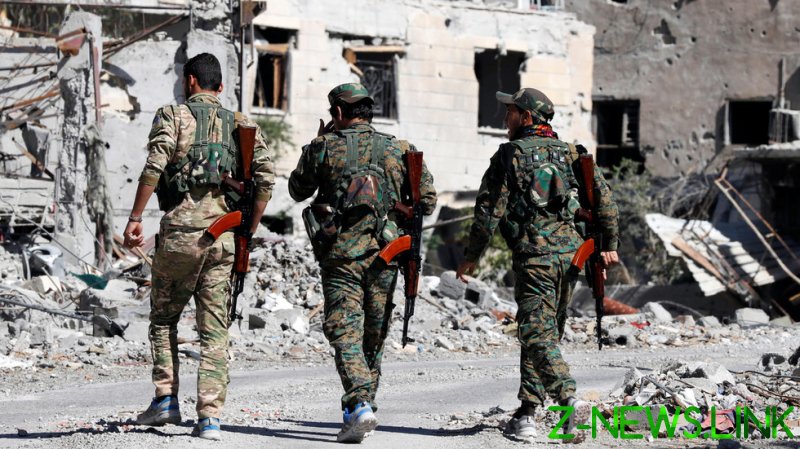 “We don’t have any such agenda [to bring foreign fighters to support Azerbaijan],” Erdogan told a gathering of the ruling Justice and Development (AK) Party on Wednesday. In saying this, he was apparently taking a swipe at “those who call us to say ‘you sent the mujahideen from Syria’ [into Nagorno-Karabakh].”

“They have a job to do on their own lands, they wouldn’t go there,” the Turkish president insisted.

Previously, France’s President Emmanuel Macron said there is “reliable information” indicating that “Syrian jihadists” are travelling to the violence-plagued region using the Turkish city of Gaziantep as a transit point. Subsequently, Kremlin spokesman Dmitry Peskov expressed “grave concern” over the presence of foreign fighters in “the hotspot”; however, Peskov was less specific in his comments.

Armenia has heavily relied on arms deliveries from Russia, its long-standing ally within the Collective Security Treaty Organization of six post-Soviet nations. Moscow also has a military base on Armenian soil as part of mutual security arrangements. France has supplied a number of small arms and anti-tank weapons to Yerevan over the past years.

Turkey has denied ferrying Syrian militants into the combat zone, as has its close ally Azerbaijan. Baku insists its armed forces engaged in the fighting against Armenian forces in the enclave are sufficient and it doesn’t need to source manpower abroad.

Ankara has pledged unwavering support to “brotherly” Baku since the very beginning of the conflict on September 27. Turkish officials have also repeatedly signaled that the decades-old conflict can only end when Armenia vacates the “occupied” lands of Nagorno-Karabakh.

Mostly populated by ethnic Armenians, the disputed region seceded from Azerbaijan following the breakup of the Soviet Union. Backed by Yerevan, Nagorno-Karabakh fought a three-year war with Azerbaijan in the early 1990s, until a major ceasefire agreement between the warring parties was inked in 1994 in Moscow.