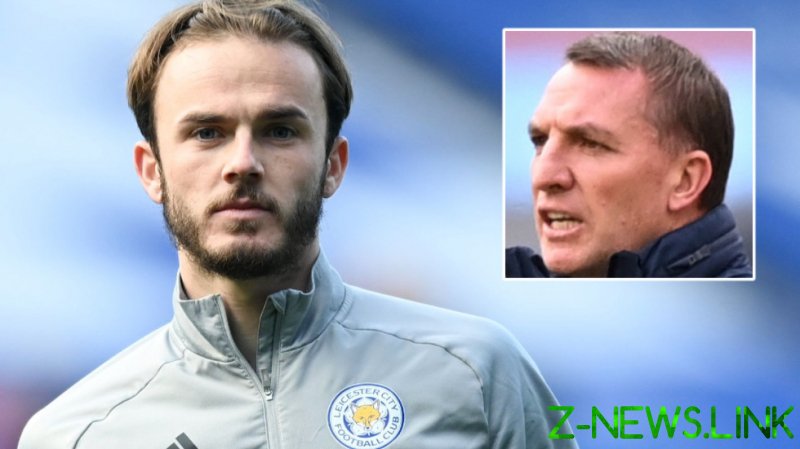 The trio of players, who also included former England Under-21 star Hamza Choudhury, were not considered for selection in Sunday’s crucial fixture at West Ham – a game which could have vital ramifications in either side’s hopes of securing Champions League qualification.

The move came after the players were confronted by Foxes boss Brendan Rodgers for allegedly breaching Premier League rules of squad bubbles, The Sun claims.

The offending players – reportedly joined by the injured Harvey Barnes – are understood to have drawn the ire of Rodgers amid reports that they attended a house party, which would have violated Premier League guidelines and measures put in place by the UK government in a bid to curb the spread of the potentially fatal Covid-19.

“It is extremely disappointing to learn of a breach that had the potential to undermine the efforts of club staff to protect the environments in which our teams train and play,” a Leicester spokesperson was quoted as saying.

“Appropriate measures have been taken to prevent our team bubbles being compromised.”

Maddison and Perez would likely have been key men in Sunday’s potentially pivotal game in London.

“Not available for this game,” he said dryly to Sky Sports. “But after this game it will be fine. They will join the group next week and be ready for next week’s [FA Cup] semi-final.”

Leicester’s fans weren’t quite so demure.

“James Maddison is out of the game completely because he broke Covid-19 lockdown rules apparently?” wrote one.

“If true, he is a tw*t and I have no sympathy for him because he knows about Covid-19 lockdown rules but still decided to break it. What a silly boy, eh? Brendan Rodgers will be fuming.“

Another said they also had no sympathy whatsoever for the players said to have missed out after breaking Covid rules, and a third said that this could be a stinging blow to Maddison’s hopes of heading to Euro 2020 in June.

“Oh, James Maddison, [you] should be playing yourself into the Euro squad, not tossing about breaking stupid rules so close to the end of the season,” they rued.

Matters became even worse for Leicester on the pitch, where they went 2-0 down in a dreadful first half and conceded again shortly after the break before hitting back late on to lose 3-2.

The out-of-sorts defeat left them just a point clear of the Hammers and two points above fifth-placed Chelsea in the race to qualify for the Champions League via the top four positions in the Premier League.