No sex please, we’re locked down: Plunging global birth rate shows long-term effects of Covid on society will be DEVASTATING 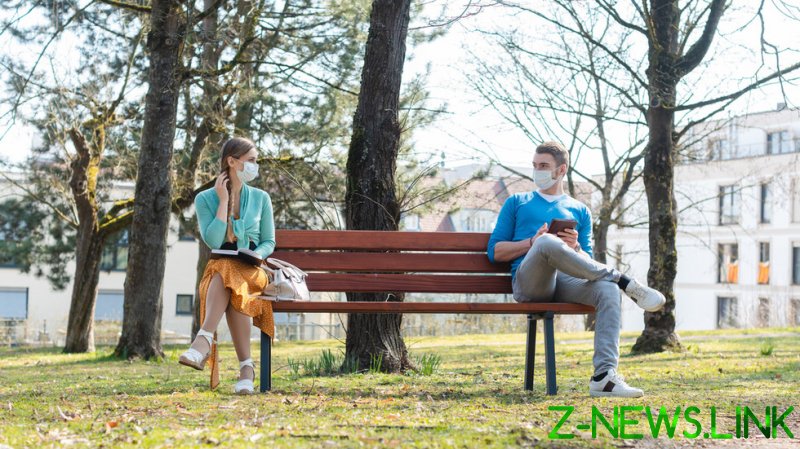 As the restrictions defining Lockdown 3.0 turn ever more draconian, the authoritarian crackdown on dissent and the increasingly grim prognosis for Covid-19 are having a serious impact not just on the here and now, but on our future. Things are so serious, people have stopped having sex.

The UK birth rate is expected to plunge to a record low this year, thanks to a weary population left so deflated by this interminable coronavirus pandemic that the last thing on their minds is bringing more children into the world. Why would you?

It is not just in the UK that this slump is compounding problems. Across the globe, 23 nations expect to see their populations slashed by half as birth rates fall below the critical 2.1 required for growth, according to a study from the University of Washington last year.

Even practising seems to have fallen out of favour, with one survey out today suggesting that one in four Brits cannot even remember the last time they had sex. That’s how grim we have become. Laugh or cry?

Weary of government guidance, increasingly depressed by the evening news, being asked to swallow several more months of lockdown and having our hopes ride an emotional rollercoaster has had a disastrous effect on libido, and there is a price we will pay for that.

Some time in the not-too-distant future, the population growth chart will show a serious dip for the years 2020-21. That means an excess of aged people and a shortage of youth, thanks to the current-day economy struggling to recover from the catastrophic effects of Covid-19.

While many public policy experts expected to see an increase in pregnancies during the pandemic – after all, what else is there to do other than binge-watch box sets? – it seems many prospective parents are postponing the big step until some certainty returns to the world.

A survey from accounting firm PwC released last week predicted that, alongside the drop in graduates arriving to London due to the rise of remote working and a fall in immigration, this rethink on starting families could signal the first decline in the UK capital’s population this century.

And while that is some way in the future, the current climate is pretty grim as well, with PwC learning that nearly one in five respondents expected to lose their job this year.

Piled on top of that evidence is an Office of National Statistics survey from last April that found 42 percent of people thought their household finances would worsen in the coming 12 months. PwC also predicted that the UK’s unemployment rate would record its highest ever quarterly increase in the second quarter of 2021, with women particularly suffering a hit.

These are not the optimum conditions for starting a family. And if we continue to fail to defeat the killer virus and those economic effects drag on, then the effect is worsened. As PwC economist Hannah Audino put it, “A longer recovery will reduce people’s expectations of their lifetime income, which could result in people deciding to have fewer children.”

That means a huge shortfall in the numbers needed for that part of the population which drives economic growth. What looks like a dip in the road now will suddenly appear as a yawning chasm in 20 years. Thanks to a passion-killing virus that will be all but forgotten by then.

Never before have national governments across the globe trashed their entire annual budgets in the name of pursuing a single public health policy, regardless of the impact that will have, not only on short-term Gross Domestic Product, but on national finances as a whole for years to come. Our kids already thought they had it bad with the bill for all that austerity hanging over their futures. Wait until they get this doozy.

Rebuilding the economy, restoring faith in public health systems, repairing the damage done to children’s education, making sense of the collapse in our retail sector and getting people back to work is a catalogue of mayhem that has been likened previously to the collapse of communism where normal for many was trashed almost overnight.

At the time, the population of the USSR was around 300 million. Oh, for a crisis that only affected that number of people, because this present problem is inconveniencing a good majority of the 7.8 billion souls that currently inhabit the planet.

Many comparisons have been drawn over the past 12 months likening the strategic demands required by government in the coronavirus battle to those experienced in wartime, where nations join together to fight a common, easily identifiable enemy.

While it’s close, this fight is something different. Despite the hope, there is not going to be a sudden moment where victory is achieved. Vaccines are arriving, but they are not the magical silver bullet we want them to be. Development is slow, approval for use even slower and roll-out? Well, let’s just say it’s not quite instant. Take a number and join the queue, we’ll be with you sometime in autumn.

There is nothing to celebrate. No growing impetus or build-up to a riotous, champagne-spraying declaration of “We won!” No VE Day. Just more of the same. Lockdown after lockdown. Nerdy, grim-faced scientists we’d never heard of previously are now as familiar as family, though their pronouncements are as welcome as that cousin we could never bear.

No wonder no one fancies a leg-over.