Home / WORLD / ‘No regret’: Frenchman who did jail time for slapping President Macron says he received ‘hundreds’ letters of support

‘No regret’: Frenchman who did jail time for slapping President Macron says he received ‘hundreds’ letters of support 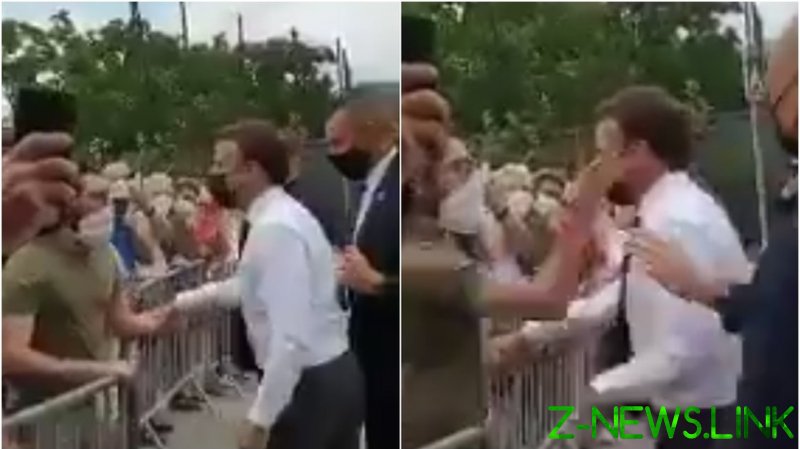 Damien Tarel told BFM TV he feels “no regret” over attacking the head of the French state. “I deplore physical violence. Nevertheless, it was just a tiny slap. I believe Macron has recovered extremely well,” he said, adding that he plans to attend protests against Covid-19 health passes in the near future.

The 28-year-old was released on Saturday after serving a prison sentence for slapping Macron in early June. He hit the president as he was greeting a crowd of spectators during a trip to southern France.

A historical swordsmanship enthusiast, Tarel shouted “Montjoie, Saint-Denis!” – a medieval French battle cry – and “Down with the Macronia!” when he struck the president.

“That day I came to challenge President Emmanuel Macron,” Tarel said after his release. “I don’t believe that democracy is voting once every five years for a representative who in the end doesn’t represent many people.”

In a separate interview with France Bleu radio, the young man called his actions that day a “political act.”

If I had to go back in time, I would do the same thing again. I have no regrets.

Tarel claimed he received “hundreds” of supportive letters during his stay behind bars. “I was surprised at how many people understood the political meaning of my actions.”

During the trial, Tarel spoke sympathetically of the so-called ‘Yellow Vest’ protests – large-scale anti-government rallies, which peaked in 2018 and 2019.

Macron downplayed the slap as an isolated incident at the time, stressing that violence against public officials was unacceptable. The attack on the president was condemned by many leading politicians in France, including Macron’s opponents.