Home / WORLD / ‘No place is safe for children in Gaza right now,’ UNICEF tells RT while urging all sides to end violence in Israel-Hamas conflict

‘No place is safe for children in Gaza right now,’ UNICEF tells RT while urging all sides to end violence in Israel-Hamas conflict 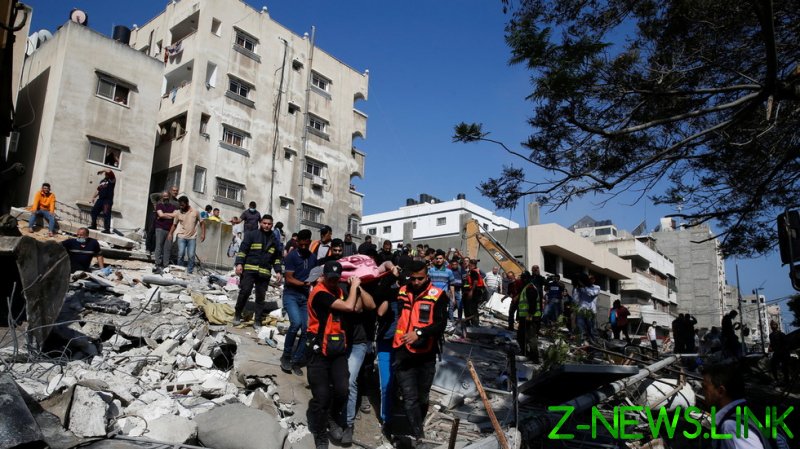 “It’s a terrifying situation. Only in the past five days we have reported that at least 40 children have been killed in the Gaza Strip,” Juliette Touma, UNICEF Chief of Communications for the Middle East and North Africa, told RT on Saturday. She added that two children were killed in Israel during the same period. Touma called on all sides to stop fighting.

The spokesperson noted that more than 30 schools were damaged in Gaza and three in Israel. UNICEF is working on the ground to deliver medical supplies in the Palestinian Arab enclave, as many locals have found shelter in UN-run educational facilities.

“Right now, when it comes to Gaza – no place is safe for children,” Touma said, stressing that minors “need to be protected at all times.”

The simmering conflict between Israel and Gaza dramatically escalated on Monday, after clashes between Israelis and Palestinians in Jerusalem. Palestinian militant group Hamas began firing volleys of rockets at Israeli cities, the Israel Defense Forces (IDF) responded by bombing multiple targets in Gaza.

Gazan health officials said that the Palestinian death toll surpassed 180 on Sunday, with at least 52 victims being children. In Israel, 10 people were killed over the past week.