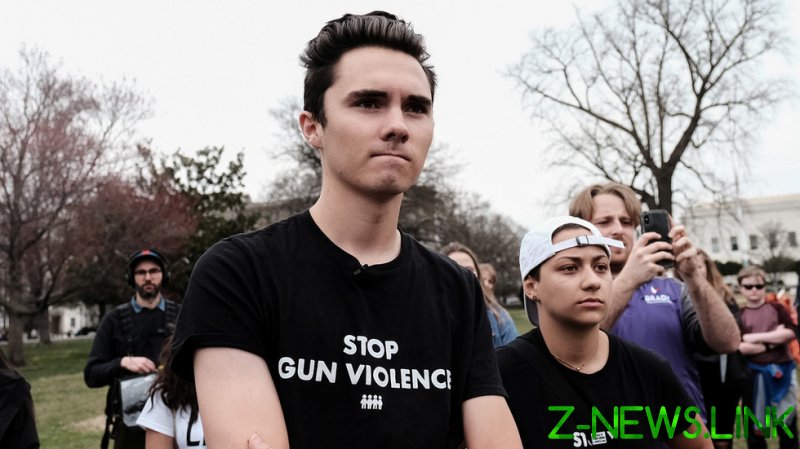 In a Twitter thread, Hogg announced on Saturday evening he has “resigned and released all shares, any ownership and any control of Good Pillow LLC,” citing “personal commitments” as his reason for stepping away.

Hogg claims that his business partner, William LeGate, will continue with Good Pillow.

“Over the next several months, I will be taking some time to focus on my studies in college and advance the gun violence prevention movement, with March For Our Lives and personally,” the 20-year-old Harvard student wrote.

“It has been a pleasure working with you, David. I cannot wait to see what you do in the future & we will be sending you pillows from the first batch!” LeGate wrote in response to Hogg’s announcement.

Hogg, who was a student during the Marjory Stoneman Douglas High School shooting in 2018, first announced his venture in February and was met with divided reaction. Critics blasted his claims that he could put Lindell’s popular My Pillow brand out of business, while Hogg found support as he often tied his business plans to politics.

Hogg’s recent announcement was no different, as critics pounced on his perceived failure, while more liberal pundits defended the left-wing advocate from “attacks” from the “right.”

“Happy Sunday to everyone except for the pathetic losers on the right who want to attack school massacre survivor David Hogg,” outspoken liberal Majid Padellan tweeted in defense of Hogg.

More conservative users chalked the announcement up to a win for Lindell and accused Hogg of using the business as a way to get media attention and spin politics.

“Turns out business owners who are successful actually worked hard for what they have and being a white male isn’t a golden ticket,” the Blaze’s Jessica O’Donnell added.

“A big talker explains why starting successful businesses is hard–too hard for him. So he’s going to give up on Good Pillow and do easier stuff like his class work at Harvard, leaving the hard stuff to real doers like Mike Lindell,” conservative filmmaker Dinesh D’Souza wrote.

Lindell, who has seen his products bounced from multiple stores due to his continued accusations that the 2020 presidential election was rigged against Trump, was actually supportive of Hogg’s challenge. After the Good Pillow announcement, Lindell told Axios there is “nothing wrong with competition that does not infringe on someone’s patent.”

Lindell claims his company will likely lose $65 million this year as a consequence of his Trump support, but says he may be able to make up for it through television and podcast infomercials.

“We’ve expanded so much in radio and podcast, that’s our biggest expansion right now,” he said. “It’s just booming right now. We hope that that makes up a lot of it.”

Lindell also revealed recently he plans on launching his own social media platform in the coming weeks – he was suspended from Twitter – and he is working on followup documentaries to his ‘Absolute Proof,’ which pushed the theory that Joe Biden won the presidential election through false ballots and rigged counting machines from the company Dominion. The accusations have earned Lindell a $1.3 billion defamation lawsuit from Dominion.