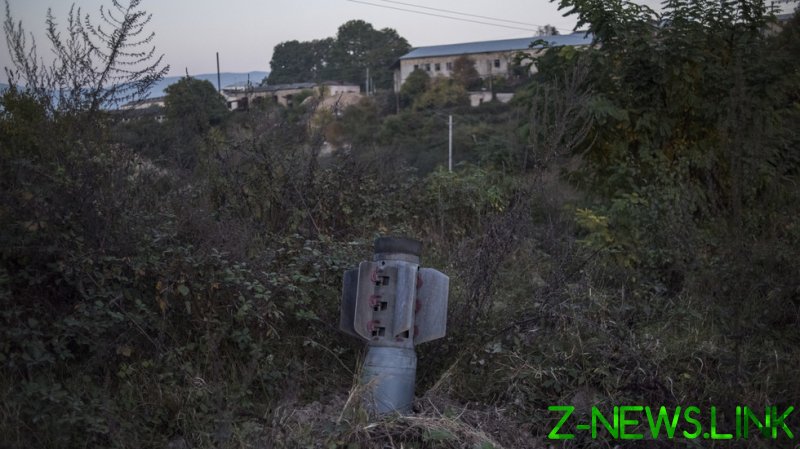 The Azerbaijani Defense Ministry said that Armenian forces had “violated the new humanitarian ceasefire” on Monday by shelling its positions in several locations.

The statement came just minutes after a new ceasefire – a third one agreed for now – was supposed to take effect at 8am local time. It was announced in Washington after Armenian Foreign Minister Zohrab Mnatsakanyan, and his Azerbaijani counterpart, Jeyhun Bayramov, met the US Deputy Secretary of State Stephen Biegun.

Meanwhile, the army of the self-proclaimed Nagorno-Karabakh Republic denied the accusations by the Azerbaijani side. Armenian Prime Minister Nikol Pashinyan wrote on social media that his country is observing the ceasefire.

At the same time, the spokesperson for the Armenian Defense Ministry, Shushan Stepanyan, said that Azerbaijani artillery began firing at the positions of the Yerevan-backed Nagorno-Karabakh forces “grossly violating the ceasefire agreement.” Azerbaijan, in turn, insisted it is following the truce.

Armenia and Azerbaijan had previously agreed to end hostilities on October 10, after talks in Moscow, and again on October 17. Both attempts at a ceasefire quickly fell apart, as the rivals immediately accused each other of violating the agreements.

The simmering conflict between Yerevan and Baku escalated into a full-blown war on September 27. The fighting is concentrated around Nagorno-Karabakh, a mostly Armenian-populated enclave within Azerbaijani borders. The Yerevan-backed region unilaterally broke away from Baku’s control following a bloody war in the early 1990s. As a result, Azerbaijan accuses Armenia of “occupying” a large chunk of its lands and is calling for the end of the “occupation.”