Home / WORLD / No, New York Times, there is no good reason to let non-citizens vote – regardless of what self-obsessed immigrants say

No, New York Times, there is no good reason to let non-citizens vote – regardless of what self-obsessed immigrants say 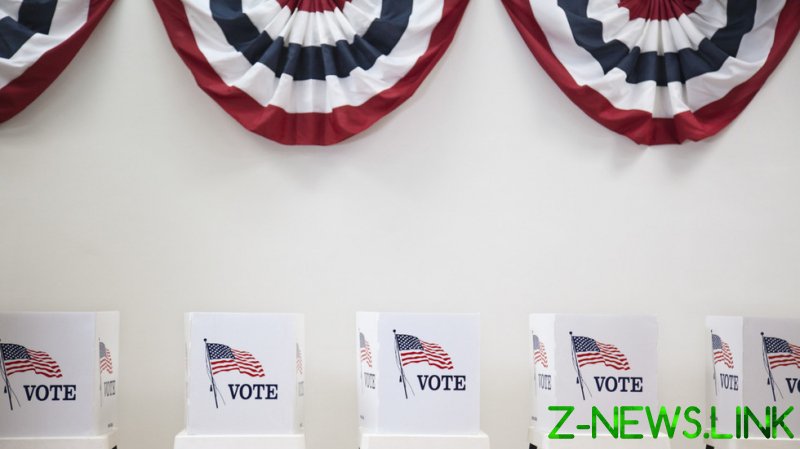 “There Is No Good Reason You Should Have to Be a Citizen to Vote,” blares the headline over the opinion piece, published Wednesday and authored by Atossa Araxia Abrahamian. She argues that now “it’s time for Democrats to radically expand the electorate.”

Abrahamian attempts a logical case for her argument. She says some 15 million US permanent residents “contribute as much as any natural-born American to this country’s civic, cultural and economic life” but have no right to vote. Giving it to them would “give American democracy new life, restore immigrants’ trust in government and send a powerful message of inclusion to the rest of the world,” she says.

Right, because nothing invigorates democracy and builds trust quite as much as tampering with the electorate itself. One could also argue the world already got the “powerful message of inclusion” all right, what with the million-plus people already arrested since November for crossing the southern border illegally.

At this point, one could write a lengthy rebuttal, explaining to Abrahamian that citizenship is the fundamental feature of a republic, and includes not only rights but obligations… but that would be pointless. Abrahamian and the Times clearly aren’t interested in facts or definitions. Her key argument is personal. This is about her – a noncitizen living in New York since 2004.

Turns out she just really wants to vote, and not just on local issues, but on matters of US politics. Last fall, she got so frustrated she “started mailing ballots to my hometown in Switzerland,” she writes. Ah yes, the Swiss, who traditionally allow non-citizens to vote – oh wait, never mind, they have some of the most restrictive naturalization procedures in Europe, if not on Earth.

Her “what about me” article concludes with the appeal to the ruling Democrats to “seize their chance, and realize the power and the enthusiasm of their potential constituents.” It’s hard to view this any other way than in the Brechtian sense of the Party deciding to “elect a new people instead” to ensure its power in perpetuity.

Wait a minute, one might say, isn’t that precisely what Fox News’ Tucker Carlson argued the Democrats are doing, only to be accused of racism? Well yes, thanks to something called the Celebration Parallax, defined by the Claremont Institute’s Michael Anton as “the same fact pattern is either true and glorious or false and scurrilous, depending on who states it.”

In the Who/Whom worldview of the present-day US, Abrahamian and the Times are the very definition of the Who. She is introduced, somewhat disingenuously, as “a journalist who has written extensively about citizenship.” That must be based on her 2015 book ‘The Cosmopolites: The Coming of the Global Citizen.’

A cursory search reveals she is still listed as a senior editor at the far-left Nation magazine, though her last published piece there is from March 2020, a fantasy on how to create a global utopia through Covid-19 lockdowns.

Her outlandish proposal is part of the Times’ series called ‘Snap out of it, America!’ which was launched in early July by the paper’s recently appointed opinion editor Ezekiel Kweku. The series offers “bold ideas to revitalize and renew the American experiment,” with the opening essays calling for total debt forgiveness and compulsory national service. That’s all America is to them: an experiment. Par for the course for the paper that brought us the pseudo-historical ‘1619 Project.’

Needless to say, if you dare notice any of this, you become the Whom – the designated villain who can do no right, a threat to be censored or even eliminated, for the good of Our Democracy. Which now apparently means letting anyone, anywhere vote – so long as they cast their ballot for Democrats. I’d laugh at the absurdity of it all, but I’ve seen this play out before – and it wasn’t funny the first time, either.