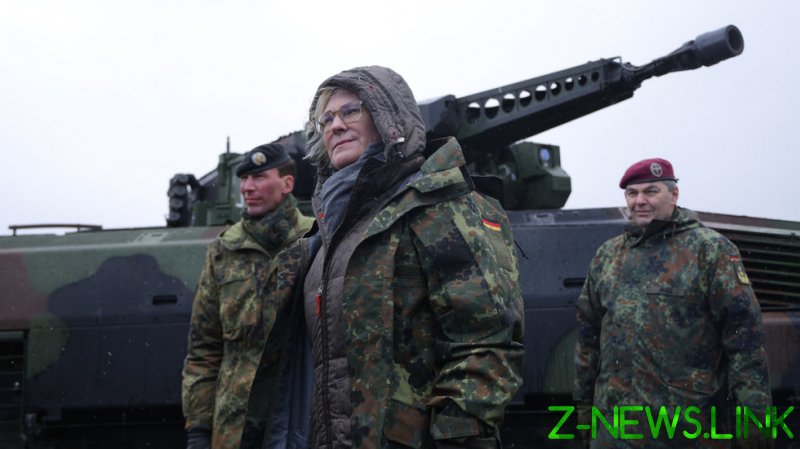 The German military can no longer supply Ukraine with weapons from its stockpiles, Germany’s Defense Minister Christine Lambrecht has said.

In an interview with Die Augsburger Allgemeine Zeitung published on Saturday, Lambrecht said that while “we all have an obligation to support Ukraine in its courageous fight,” in terms of “supplies from the Bundeswehr’s stockpiles” Germany has “in the meantime reached a limit.” She explained that the German military had to “be able to ensure” the country’s own defense.

“But that doesn’t mean we can’t do more for Ukraine,” Lambrecht stressed, suggesting that Kiev could buy equipment it needed from German manufacturers directly. The minister pointed out that the German government “was constantly coordinating” with the authorities in Kiev to facilitate such purchases.

When asked exactly what kind of weaponry was being considered for delivery to Ukraine, Lambrecht refused to go into detail, adding that “there are good reasons why we have classified precisely this information as secret.”

She noted that it was Ukraine that “emphatically” asked Germany not to divulge specifics.

“One must always bear in mind: The moment the deliveries are published in detail, Russia would also have this information. And that alone would have military strategic implications,” she said. 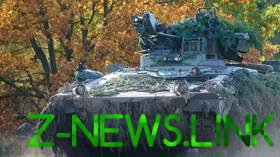 Lambrecht admitted that Germany’s own military was not “as equipped as is necessary.” The minister stressed that she was determined to change this, however, citing Russia’s military offensive against Ukraine as a wake-up call for Berlin.

Speaking on the topic of European defense, the German official pointed out the significance of NATO’s battle groups, adding that the German military was contributing a lot to the alliance’s initiative.

Lambrecht admitted there’s a concern in Germany that weapons supplies could trigger a reaction by Moscow and “war may expand to other areas.” That’s why, she said, it is important “that we act very prudently and with a cool head in these difficult and horrific times.”

Unlike countries such as the US and UK, Germany had initially stopped short of providing Ukraine with lethal weapons after Russia launched its military offensive against its neighbor on February 24. However, amid growing pressure both from Ukraine itself and Germany’s NATO allies, Berlin changed tack, and has supplied at least 1,000 anti-tank weapons and 500 portable anti-aircraft missiles from its stockpiles. Plans for more deliveries of the same type of weaponry were announced in late March.

Since the launch of Russia’s military offensive in Ukraine, NATO countries and their allies have refrained from direct military involvement in the conflict but have been supplying Ukraine with arms, ammunition, and fuel.

Moscow has repeatedly said Western arms supplies only serve to prolong the conflict and even warned that Russian forces could potentially target such deliveries.

Russia attacked the neighboring state in late February, following Ukraine’s failure to implement the terms of the Minsk agreements signed in 2014, and Russia’s eventual recognition of the Donbass republics of Donetsk and Lugansk.

The German and French brokered Minsk Protocol was designed to regularize the status of the regions within the Ukrainian state.

Kiev insists the Russian offensive was completely unprovoked and has denied claims it was planning to retake the two regions by force.