Home / WORLD / No monkey business allowed: Woman having ‘AFFAIR’ with chimpanzee banned from visiting it at Belgian zoo

No monkey business allowed: Woman having ‘AFFAIR’ with chimpanzee banned from visiting it at Belgian zoo 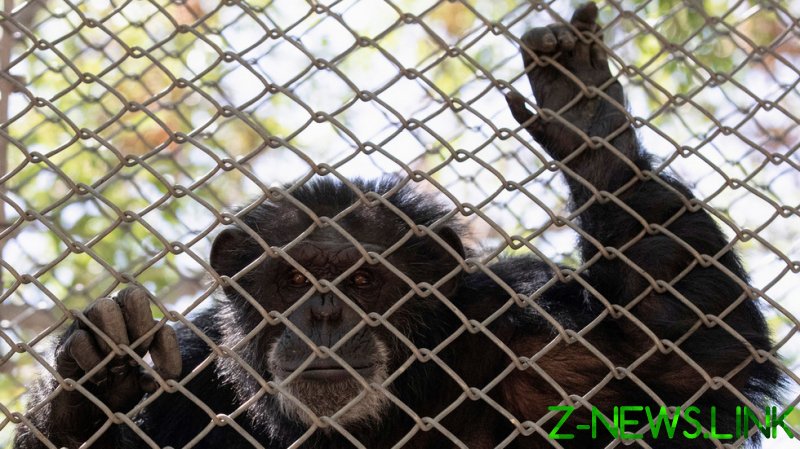 The bizarre ‘love story’ made the headlines across Belgian media on Friday, after Antwerp Zoo slapped a restraining order of sorts on Adie Timmermans, a long-standing visitor.

Over the past four years, Timmermans paid weekly visits to the zoo, seeking contact with one particular animal – a 38-year-old chimpanzee called Chita. The two then interacted through the enclosure’s glass, waving and blowing kisses at each other. The woman was devastated by the ban, telling local media in a tearful interview that both she and the animal would suffer from the forced break-up.

“I love that animal and he loves me. I haven’t got anything else. Why do they want to take that away?” she said.

The zoo, for its part, argued that the way too long human contact – particularly with Timmermans – is harmful for the animal, as it damages Chita’s standing with other chimpanzees of the group it lives with.

“When Chita is constantly busy with visitors, the other monkeys ignore him and don’t consider him part of the group, even though that is important. He then sits on his own outside of visiting hours,” the zoo said.

Timmermans, however, believes the zoo’s move to be unfair, as she argued that the chimpanzee had been actively interacting not only with her, but other visitors as well. “Other dozens of visitors are allowed to make contact. Then why not me?” she wondered.

The chimpanzee came to the zoo some 30 years ago, according to curator Sarah Lafaut. Back then, Chita was a pet who was rowdy and unmanageable, learning the chimpanzee ways only at the zoo yet retaining “interest in humans,” Lafaut told Radio 2 Antwerp.

Chita’s take on the zoo’s decision to forcibly end the relationship with Timmermans was not immediately known.