Home / WORLD / No, ‘mistresses’ are NOT our ‘friends’ & neither are the woke feminists who want to control how we speak

No, ‘mistresses’ are NOT our ‘friends’ & neither are the woke feminists who want to control how we speak 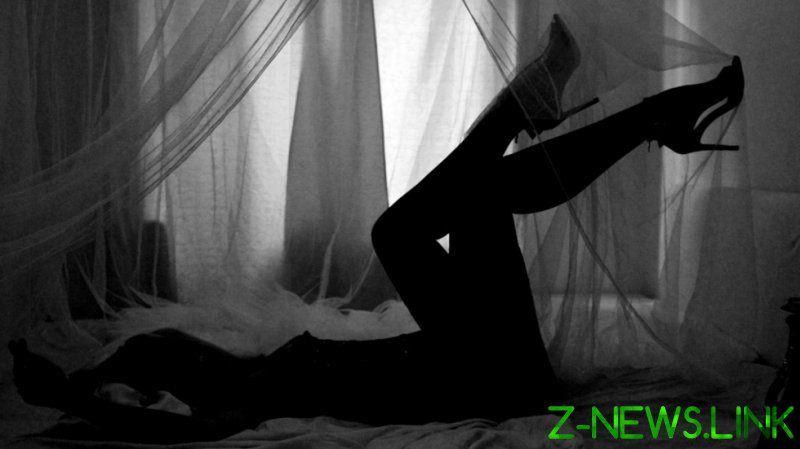 Language is constantly evolving. One hundred years ago, the word ‘nice’ was understood to mean ‘foolish’, before morphing into a synonym for ‘dainty’ and, eventually, ‘pleasant’.

This sort of semantic shift happens for various reasons but often results from a technological or demographic shift.

For example, the birth of the internet gave dual meaning to the words ‘mouse’ and ‘surf’, while globalism caused us to assimilate ‘avatar’, ‘tsunami’ and ‘sudoku’ into our vocabulary.

This process happens naturally over time.

Rarely, if ever, does it happen because middle-class feminists demand it, but hey, welcome to the last days of Rome.

This week, gender warriors at the Associated Press in New York decided to re-affirm their view that the term ‘mistress’ is insulting to, well, mistresses, who are sleeping with somebody else’s husband.

Instead, they should be called ‘friends’.

Forget that this betrays the widely-understood meaning of both nouns. Apparently, it’s a small price to pay for political correctness. The fact that they chose to announce this change again, having been roundly mocked 11 months ago when they first revealed they’d decided to completely disregard common sense, just goes to show how committed to this PC nonsense they are.

Courting mass ridicule for the second time via Twitter yesterday, the AP’s stylebook posted: “Don’t use the term mistress for a woman who is in a long-term sexual relationship with, and is financially supported by, a man who is married to someone else.”

“Instead, use an alternative like companion, friend or lover on first reference and provide additional details later.”

Further proof, in case you need it, that journalism – much like modern civilisation – is f***ed. More so than the average secretary, apparently.

Thankfully, the replies to this were comedy gold.

“Society is very low on functional common sense right now,” said one man. “If your wife sees your mistress’s number on your cell phone and you tell her it’s a friend, do you feel the wife is getting served well by the AP style book?”

Another joked: “I prefer ‘skankity skank skank’ but that’s just me.”

A third quipped: “You are falling into the trap of fools by thinking that by changing the word you will remove the stigma of the act, but women have always had and always will have disdain for their sisters who do this regardless what you call it.”

Needless to say, people were entirely justified in their withering responses.

First of all, those who tell others how to speak are often total hypocrites – usually the sort who hurl the term ‘Nazi’ at anyone they disagree with. Including Jews.

Secondly, who made them the authority on language?

They don’t get to decide how it evolves. That’s a gradual, organic process that’s downstream of culture. Not downstream of woke idealism.

Thirdly, the motivation for supplanting ‘mistress’ with ‘friend’ isn’t done with good intentions. It comes from a feminist annoyance that there isn’t an equivalent term for men (perhaps somebody should tell them the term ‘mistress’ was originally used as a neutral feminine counterpart to ‘mister’).

Fourthly, and perhaps most importantly, is that playing with language is asking us to live in a hyper-reality which is post-truth.

Much like saying there are fifty-two genders, or that the term ‘womxn’ should replace ‘women’, it’s asking us to betray authenticity.

In this instance, it’s asking us to do so at the expense of loyal wives and mothers who are being betrayed by their husbands and other women.

Where’s the Associated Press’ loyalty to principle and women in general?

Alarmingly, this isn’t the first time they’ve umbrage with a word that doesn’t fit their politically correct agenda of feelings-over-facts.

Last month, they warned employees against using the term “crisis” to describe the migrant surge at the American border.

“The current events in the news – a sharp increase in the arrival of unaccompanied minors – is a problem for border officials, a political challenge for Biden and a dire situation for many migrants who make the journey, but it does not fit the classic dictionary definition of a crisis,” the memo said.

“Therefore, we should avoid, or at least, be highly cautious, about referring to the present situation as a crisis on our own, although we may quote others using that language,” it continued.

“If using the word ‘crisis’, we need to ask of what and to whom.”

Well, if the AP want to get bogged down in “classic dictionary definitions” they may be interested to know that Merriam-Webster defines ‘mistress’ as, “a woman other than his wife with whom a married man has a continuing sexual relationship.”

These virtue-signallers think they’re being nice – and, ironically, they are. But only in the original sense of being utterly foolish.