Home / WORLD / No ‘misconduct or negligence’ in US drone strike on Afghan aid worker that killed 7 children, Pentagon probe finds

No ‘misconduct or negligence’ in US drone strike on Afghan aid worker that killed 7 children, Pentagon probe finds 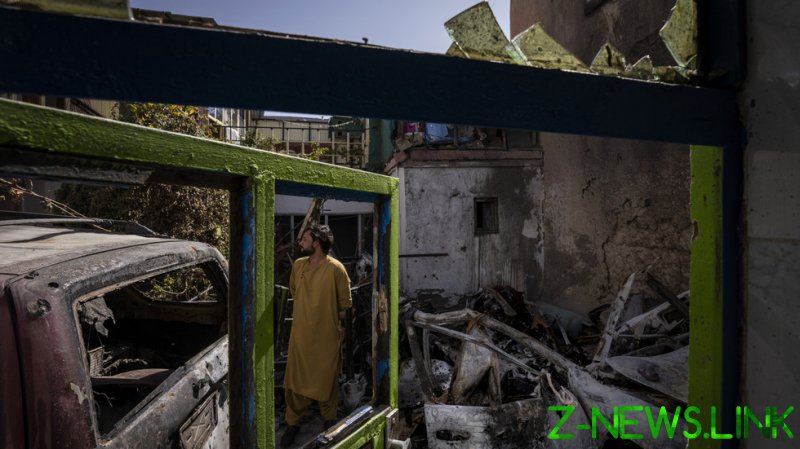 It was a communications breakdown rather than any sort of malice or ineptitude, Air Force Lt. Gen. Sami Said suggested in his review, the contents of which were relayed to Associated Press by a senior defense official. He clarified that the breakdown occurred in the process of identifying and confirming the target of the bombing and that, Said had concluded, it had occurred despite “prudent measures to prevent civilian deaths.”

However, Said acknowledged that better communication between those involved in the decision to strike and “other support personnel” might have raised legitimate concerns about the bombing, even if they might not have prevented it.

Said’s report seemingly exonerated the Pentagon of any and all responsibility for blowing up a 37-year-old employee of an American humanitarian NGO who was driving with nine members of his family.

The report, which apparently has been endorsed by Pentagon chief Lloyd Austin, also called for more to be done to prevent “confirmation bias.” Confirmation bias in this case would have led the strike team to cherry-pick the data that supported team members’ collective suspicions that the occupant of the car was an Islamic State (ISIS/ISIL) terrorist.

Chairman of the Joint Chiefs of Staff, Mark Milley, patted himself on the back for several days following what the Pentagon called a “righteous strike.” That is, until it was learned that the driver, Zemari Ahmadi, had been working as an electrical engineer for the US-based aid group Nutrition and Education International for more than a decade. At the time of his death, he was carrying water jugs to his employer’s Kabul office, where he was supposed to pick up a laptop, the group has confirmed.

Ahmadi’s brother Emal, who spoke with RT in the wake of the tragedy, was shocked to learn his brother had been incinerated in a Hellfire missile strike without any “conclusive evidence” pointing to Ahmadi’s involvement in terrorist activities. He has since demanded those responsible for the strike be brought to “justice according to American law” – a luxury Afghanis have largely been denied during the 20-year occupation of their country by US and coalition forces.

The investigation was initially launched in September, with Air Force Secretary Frank Kendall supervising Said’s probe into an earlier CENTCOM inquiry into the strike. Neither were expected to be particularly harsh, with Pentagon press secretary John Kirby acknowledging that the review’s aim would be to “make recommendations, rather than to take actions.” Said’s review argued the strike had to be considered in context, insisting that the US troops who remained on the ground as their colleagues were fleeing Afghanistan were on high alert and being flooded with information about possible threats. The previous week had seen a deadly suicide bombing that took out over 150 people, including more than a dozen US military personnel.

Last month, the Pentagon announced it would deliver “condolence payments” to the Ahmadi family, though no amount was publicly given. The family was also offered State Department assistance in relocating its remaining members to the US. The offer was made during a virtual meeting between Zemari Ahmadi’s boss at the NGO, Dr. Steven Kwon, and Undersecretary of Defense for Policy Colin Kahl.