Home / WORLD / NO, Minister. A majority of Irish women have NOT been sexually assaulted

NO, Minister. A majority of Irish women have NOT been sexually assaulted 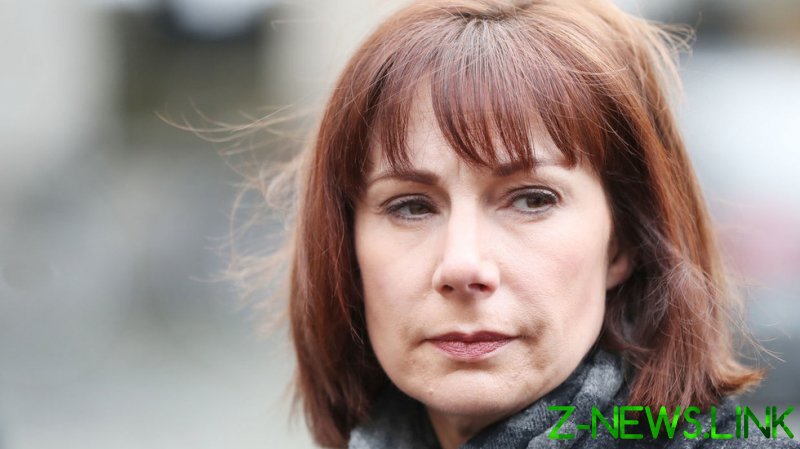 It was a watershed moment in Irish politics when a senior female politician found the courage to stand up in parliament and become the first-ever sitting government minister to reveal they had been sexually assaulted.

Many commentators even hyped it up it as being Ireland’s first proper #MeToo moment, seeing as it involved Minister Josepha Madigan, a well-respected household name tipped by some as a potential future leader of the country’s largest party, Fine Gael.

The Minister of State for Special Education and Inclusion, to give her her full title, helped to highlight just how rife such sexual attacks are on women in Irish society when she stated on July 6: “Sometimes we have suffered it more than once – it was and is a lot more common than many believe.”

However, there was one part of the 51-year-old’s emotive speech that does not ring true. She stated as fact that “there are very few women my age that have not been subjected to some form of sexual assault in their respective lifetimes, and I know this because I am one of them.”

I’m astonished that the Irish media has failed to question the veracity of this startling claim. Perhaps even more surprisingly, it was reported verbatim, as if it was indeed a fact, by the BBC. Why did nobody even raise so much as an eyebrow or even tweet any misgivings about it? I suspect they feared having the cancel culture proponents on their back.

If we take Minister Madigan’s comment at face value, we’re talking here about the vast majority of Irishwomen born in the 1960s to ’70s having been the victims of a sex crime. It just doesn’t add up, because it would mean that a disproportionately large number of her Generation X male counterparts must surely be sex predators in that case, too.

The available figures, when looked at in the cold light of day, paint a much different picture: almost 15% of Irish adults have been raped, while one in three have suffered some form of sexual violence and 31% have experienced sexual harassment, according to a joint study by Trinity College and Maynooth University in 2020.

More than likely, one or two Irishwomen were raped last night. We can surmise that it happens every single day because there were 655 cases recorded in 2018. Alarmingly, there had been a year-on-year increase in sexual assaults prior to the pandemic. And, yes, these are all startling statistics for such a small island on the periphery of the North Atlantic, but it is still nowhere near the “majority of women”, middle-aged or otherwise.

But before anybody starts accusing me of being an apologist for rapists, I’d like to point out that I once wrote here that all convicted sex predators should be chemically castrated. I can’t stress enough that Minister Madigan deserves much praise for sharing her story, because it can only help to encourage other women to report sex crimes. I’d argue, however, that it’s a case of two steps forward and one step back, whenever a public figure starts laying it on thick.

The Dublin-based politician, who is a solicitor, should understand better than most that the pen is mightier than the sword. Such a sweeping statement, without any proper fact-checking, does Irishmen – myself included – a great disservice, because it helps perpetuate the myth that all men are potential rapists. And it makes Ireland suddenly sound far worse than some of the actual top-10 most dangerous countries for women – including Sweden, which is the only European country that has the dubious honour of being on this list. In contrast, Ireland has been deemed the third-safest country for women, according to the World Population Review (2021).

Even the victim in arguably the world’s first high-profile celebrity rape case and a strong voice during #MeToo has deep misgivings about Minister Madigan’s claim. Samantha Geimer was drugged and sodomised as a 13-year-old by ‘Rosemary’s Baby’ film director Roman Polanski in 1977. The 57-year-old told me: “Demonising men and portraying women as nothing but helpless victims does more harm than good. Women our age could look back and call typical behaviour sexual harassment by today’s standards, but certainly not sexual assault. It’s really just an exercise in futility to try to rewrite history, creating some type of retroactive victimhood that wasn’t present at the time.”

Perhaps Minister Madigan’s comment was a slip of the tongue. I know this is an unfortunate turn of phrase for such a serious subject, but, equally, it’s the most appropriate, because she could’ve easily misspoken. I really want to give her the benefit of the doubt here.

Either way, she should do the right thing and request to set the record straight with the precise figures in the Dáil Éireann (the official name given in the Irish language to the Republic’s parliament) – otherwise future historians might cruelly dub my age group “Generation X-rated” on the back of such an inaccuracy.

The past might be a different country – condoms were not widely available and homosexuality was illegal in Ireland until 1993, after all – but Ireland has never been such an out-and-out dangerous place for Mná na hÉireann (a patriotic Irish phrase meaning “Women of Ireland”) in the same way as South Africa, India or even Sweden are today.