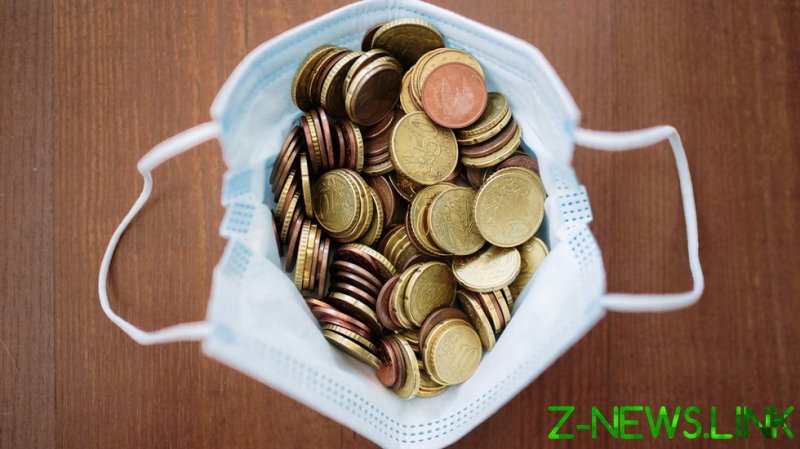 “Canceling that debt is unthinkable. It would be a violation of the European treaty which strictly forbids monetary financing of states,” the ECB chief said in an interview with France’s Le Journal du Dimanche weekly.

The claim comes shortly after the pool of more than 100 economists for the regulator called for further boosting of the economic recovery of the euro area nations through forgiving their debts.

“In other words, we owe ourselves 25 percent of our debt and, if we are to reimburse that amount, we must find it elsewhere, either by borrowing it again to ‘roll the debt’ instead of borrowing to invest, or by raising taxes, or by cutting expenses,” the experts wrote in the letter that was posted by several media outlets.

According to the economists, a quarter of the public debt of nations – that reportedly amounts to €2.5 trillion – is now held by the regulator. The analysts proposed instead that the ECB forgive the debts in exchange for the countries pledging to spend an equivalent amount on greening their economies and on social projects.

Lagarde, who had previously headed the International Monetary Fund, agreed that “all eurozone countries will emerge from this crisis with high levels of debt.” However, the chief reassured that the debtors would be able to pay it back.

So far, the ECB has adopted unprecedented supporting measures to soften the economic blow from the Covid-19 pandemic in the 19-nation euro area. The regulator approved a massive bond-buying program that has totaled €1.85 trillion.

Lagarde expects 2021 to become a year of “recovery” but admitted that the euro single area would not return to pre-pandemic levels of activity “before mid-2022.”