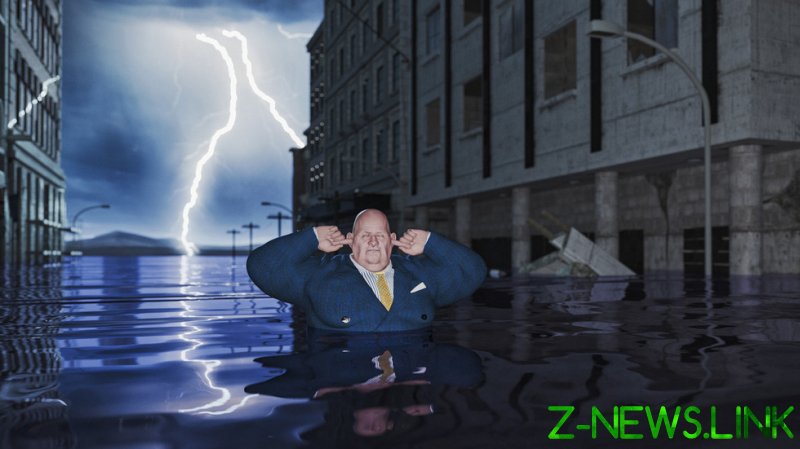 Is there anything that isn’t men’s fault? In the addled minds of hateful feminists, we are to blame for everything that’s imperfect in society – and deserve no credit for anything that’s good.

It’s been this way since the 1960s, when crazed gender activists first started banging on about ‘patriarchy’ and applying bizarre critical theories to age-old relationships between the sexes.

Predictably, this sparked a war against masculinity, which has raged on ever since and was perhaps first defined when Valerie Solanas – founder of the Society for Cutting Up Men – shot Andy Warhol.

Amazingly, the premeditated attack, which took place in New York on June 3, 1968, didn’t kill him. He survived his wounds, despite the bullet ripping through his stomach, liver, spleen, esophagus and both lungs.

He was briefly declared dead at the scene, but then revived by paramedics and rushed to hospital, where he spent several weeks in intensive care.

Discharged after two months, he was then forced to wear a corset for the rest of his life in order to keep his organs in place. He eventually died 19 years later – in part from complications of his appalling injuries.

In other words, feminism didn’t kill Andy Warhol immediately, but instead, it killed him slowly, over a long period of time.

Now, some 50 years later, the same thing is happening again – but, this time, it’s the male psyche that’s being targeted. And, instead of ballistics, they’re using political propaganda, which they hope will destabilize masculinity, spark a cultural coup and allow women to inherit the Earth.

I appreciate that sounds like a crazed conspiracy theory, but the evidence is everywhere.

Don’t believe me? Go and see for yourself. Open any newspaper, magazine or website and see the psychological warfare and the mind games. The encouragement to surrender our will and self-respect will be obvious.

The latest example of this is the ludicrous and sexist claim that men cause more climate emissions than women.

According to so-called experts from Sweden, we spend more on petrol, eat more meat and go on greater numbers of long-haul trips.

Whatever the claims, it’s merely the foregone conclusion of the latest ‘study’ by research company Ecoloop, which – surprise, surprise – is run by feminists with an agenda.

“We think it’s important to take the difference between men and women into account in policy making,” said Annika Carlsson Kanyama, who led the ‘research’.

My response? F**k right off.

Like most sane people, I am sick of the endless hatred and criticism of men, who have built Western civilization from scratch and repeatedly protected it by sacrificing their lives on battlefields.

Besides, let’s have a reality check on who are the worst offenders regarding climate change…

Adding to this is the fact that, because of the gendered life expectancy gap, there are far more women alive than men. This means that more women are discarding crap into landfills, more women are failing to recycle and more women are consuming fossil fuel energy, such as gas and electricity.

Given that humans – not animals – are plundering Earth’s resources, and women are the majority of humans on Earth, perhaps the blame lies with them, not us.

Then again, if the planet does get destroyed and we all die, it won’t be all bad: at least we won’t have to listen to man-hating feminists and their endless attempts to shoot us down.