Home / WORLD / ‘No longer being a Democrat is the right thing’: Andrew Yang explains departure from Democratic Party after two election failures

‘No longer being a Democrat is the right thing’: Andrew Yang explains departure from Democratic Party after two election failures 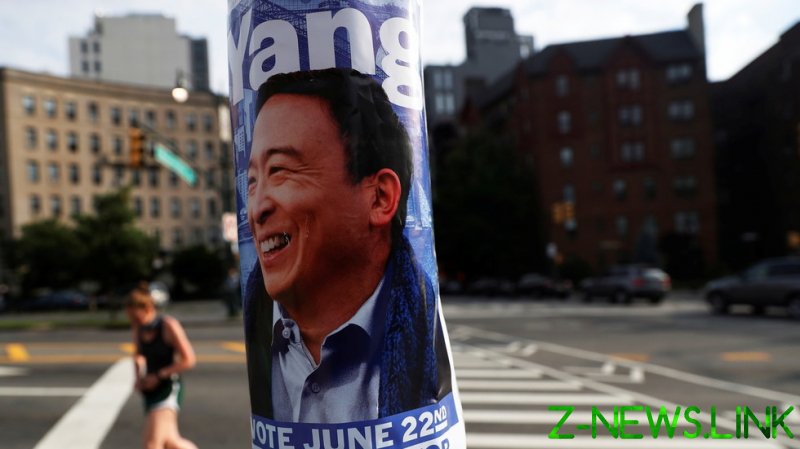 In a statement titled “Breaking up with the Democratic Party,” Yang revealed that he’d changed his official voting registration from Democrat to Independent.

“I registered as a Democrat back in 1995 when I was 20 years old to vote for Bill Clinton’s re-election. It was a no-brainer for me,” Yang wrote, noting that he “went to a college that was very liberal” and that everyone he knew in New York City was a Democrat.

“I’ve been a Democrat my entire adult life. And yet, I’m confident that no longer being a Democrat is the right thing,” he continued. “While it was simply a small piece of paperwork, I genuinely felt a shift in my mindset as soon as I signed it.”

Yang explained that one of the major reasons he left the Democratic Party was because the US political system is “stuck” due to “polarization,” and getting worse, and that now he’s “not a member of one party or another,” he “can be even more honest about both the system and the people in it.”

The former presidential candidate also expressed his distaste at having to make “partisan” arguments, describing himself as “not very ideological.”

“I believe I can reach people who are outside the system more effectively. I feel more… independent,” he concluded.

It was a “strangely emotional experience,” he said, but “Breaking up with the Democratic Party feels like the right thing to do because I believe I can have a greater impact this way.”

Though some Americans wished Yang well on his independent future, others accused him of leaving to promote his upcoming book and because of his two recent election primary losses – first during the 2020 Democratic presidential primary, where he dropped out to endorse Joe Biden, and second during his failed 2021 campaign to become mayor of New York City, where he conceded defeat after coming fourth in first-place votes.

“After reading this, I cannot for the life of me understand the argument for why he’s leaving the party other than he’s lost two races and needs the attention,” tweeted Tim Fullerton, a former staffer for President Barack Obama’s 2008 election campaign. “There’s not a single policy position in this piece. That should tell you all you need to know.”

One person questioned whether it is “called leaving when the voters of the party overwhelmingly rejected you first,” while another wrote, “His new book comes out this week which is purely coincidental.”

Last month, it was reported that the final chapter in Yang’s upcoming book ‘Forward: Notes on the Future of Our Democracy’ would announce the creation of a new third party name ‘The Forward Party’. The book is set to be published on Tuesday.

Despite bringing support for a universal basic income system (UBI) to the political mainstream, Yang’s 2020 and 2021 campaigns were plagued with controversy, from his vehement support for Israel to his poorly thought out statements.

In June, Yang received backlash for declaring that though “mentally ill people have rights,” everyone else has the right to “not fear” that a “mentally ill person is going to lash out at us” on the street.

Over the past year alone, Yang was also heavily criticized for proposing a “barcode” system that would allow New Yorkers to prove their Covid-19 vaccination status; for making a “cringeworthy” and “outdated” appeal to the LGBT community; for publishing a bizarre National Pets Day tweet about a dog he gave away; and for likening the pro-Palestinian Boycott, Divestment and Sanctions (BDS) movement to “fascist,” anti-Semitic hate campaigns.