Home / WORLD / No Kraken on Tuck’s: Team Trump’s Powell tells Fox host to do ‘own investigation’ when asked for evidence of tabulation tampering

No Kraken on Tuck’s: Team Trump’s Powell tells Fox host to do ‘own investigation’ when asked for evidence of tabulation tampering 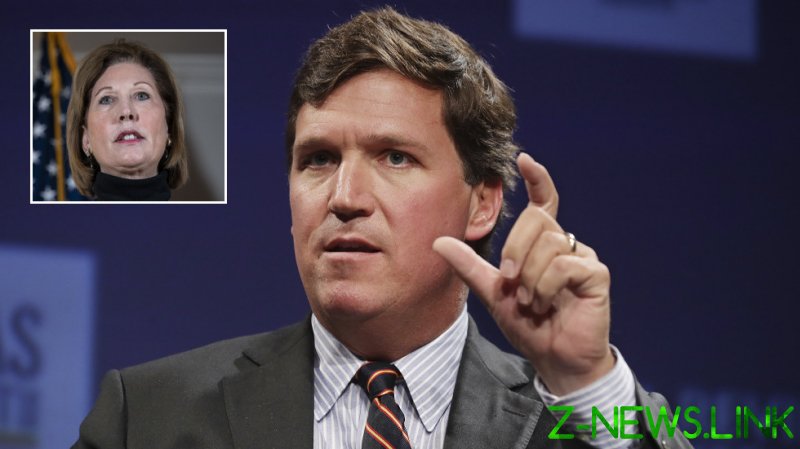 Among the many theories supported by those who think the presidential election was “stolen” from Donald Trump, there is one involving Dominion voting machines and Smartmatic voting software.

Powell, best known for representing former Trump National Security Advisor Michael Flynn, on several occasions claimed that the firms were linked to each other as well as Trump adversaries, including Venezuela, China and billionaire donor George Soros. The algorithms had been used to change votes cast during the presidential election, she said citing statistical anomalies. While talking on Fox News’ Lou Dobbs Tonight show last week, the lawyer promised to ‘release the Kraken’ – meaning to show facts – using a catchphrase from the movie ‘Clash of the Titans.’

During his Thursday segment, Carlson said Powell had repeatedly rejected invitations to come on his program and lay out the evidence of the alleged tabulation fraud, which he described as potentially being “the single greatest crime in American history.”

Powell responded by suggesting that Carlson “missed the news conference” referring to an event where she and Rudi Giuliani made their case for challenging the results of the election.

Carlson’s section was about the conference and how many Biden-friendly media outlets simply dismissed it as a “clown show” instead of looking into the merits of their claims.

“I would continue to encourage him and all journalists to review all the materials we have provided so far and conduct their own investigations,” Powell said, adding that her priority was “collecting evidence and preparing the case.”

Both Dominion and Smartmatic denied having any ownership connections between them or sharing technology with each other.