Home / WORLD / No, it’s NOT ‘tantamount to murder.’ It’s about protecting children. Celebrity whining over a new trans surgery ban is plain wrong

No, it’s NOT ‘tantamount to murder.’ It’s about protecting children. Celebrity whining over a new trans surgery ban is plain wrong 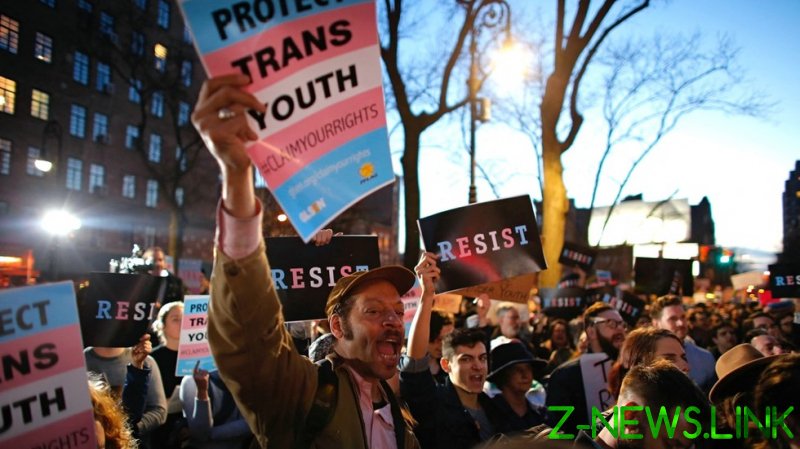 The state of Arkansas recently passed a law that forbids trans surgery for minors. Like any other new law that flies in the face of progressives, celebrities have decided to put their two cents in as if it were asked for in the first place. Actors Sophia Bush and Rahul Kohli, and even Ben & Jerry’s ice cream company, are under the impression we should take their views on transgenderism and trans surgeries seriously.

Everyone is entitled to their opinion, but it’s not smart to treat all opinions as if they were equal. Some are worthless, and some just don’t help a situation. Child transgenderism is complicated. We don’t yet really understand enough about gender dysphoria, and the politics are complex. This is not an issue that should ever be oversimplified, because it involves important and life-changing issues. Random platitudes are the last thing that are needed.

Considering the existence of detransitioners and the gravity of a decision to permanently alter one’s body, this is not a situation where hyperbole or virtue signaling belong. We’re talking about something that will affect a child for the rest of their life. This isn’t just a tattoo.

Such decisions are not ones that should be made by children – they are incapable of understanding the consequences of their actions. If anyone doubts that, they should read the heartbreaking testimony of Keira Bell and think again. She was 16 when, believing she would be happier being a male, she was fast-tracked towards gender reassignment surgery and prescribed hormone blockers after just three one-hour appointments at a clinic in London. Later, she had her breasts surgically removed. She now bitterly regrets the advice she was given.

In most countries, if a young person is getting a tattoo, there must be consent by a parent or guardian. We don’t allow 12- or 13-year-olds to drink alcohol, smoke cigarettes, or drive vehicles. Yet many in the medical profession, such as those at that London clinic, believe that, while they’re too young to actually have sex, it’s fine for children to take a decision to undergo sex change surgery.

Look at the language that these celebrities use, such as calling this permanent transition surgery “gender affirming” and paralleling it to normal health care, and acting as if Arkansas is killing children rather than protecting them. It shows they have no clue what they’re talking about. Sophia Bush – who, last time I looked, was the star of the TV series ‘One Tree Hill’ and a left-wing activist, rather than a medical doctor or a child psychologist – condemned the new legislation as “tantamount to murder.” Really?

These celebrities clearly don’t take the discussion that seriously. If they did, they wouldn’t make such stupid assertions. The fact of the matter is that these decisions should be made by a mind that is capable of consent. If we don’t trust kids under 18 to vote, how on earth can we expect them to know anything about their own bodies or understand the long-term consequences of what they’re doing?

Situations like this should be handled by the parents, and they shouldn’t have the option to allow the mutilation of their child or distort their growth just because of an emotional state that may pass, just as in Keira Bell’s case and that of many others. If, as adults, they still feel the same way, then trans surgery will be their right.

Arkansas will not stand alone for long on this issue, because other states have already passed bans on transgender athletes in women’s sports and will likely go further to protect children. Ultimately, what we need in this situation is less ignorant posturing and more thinking.