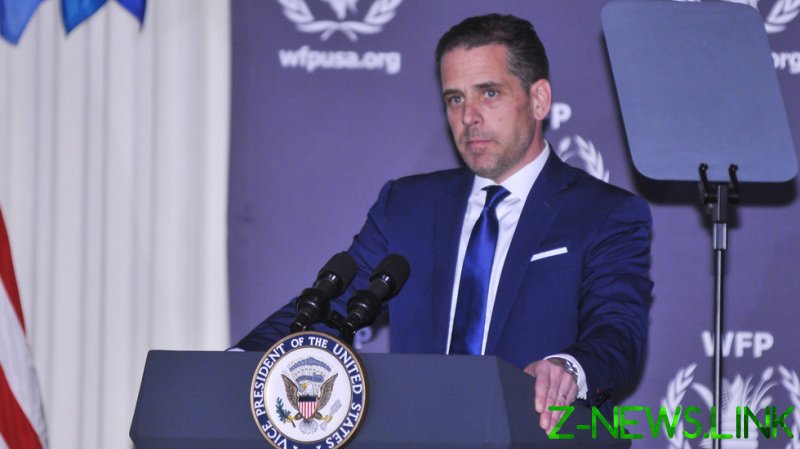 Barr announced on Monday that he had no plans to appoint a special counsel to investigate the younger Biden, explaining he saw no reason for one. The attorney general is leaving his post this week after tendering his resignation in a letter earlier this month.

Hunter Biden recently revealed his “tax affairs” were being investigated by the US Attorney’s Office in Delaware. The office is said to be looking into several potential issues with the political scion’s overseas business dealings, specifically in China, including whether he violated tax and money laundering laws.

The financial probe began in 2018, before Barr was appointed as attorney general, according to CNN. The FBI also reportedly opened a criminal investigation into the younger Biden in October.

“To this point, I have not seen a reason to appoint a special counsel and I have no plan to do so before I leave,” Barr told reporters.

He also confirmed that he does not plan to appoint a special counsel to look into President Donald Trump’s allegations of election fraud. While he acknowledged that there was fraud “in most elections and I think we’re too tolerant of it and I’m sure there was fraud in this election,” he dismissed the idea that there was “systemic or broad-based fraud that would affect the outcome of the election.”

The passing of November’s election has freed federal officials to be more open with their investigation, as Justice Department guidelines prohibit actions that could affect the vote. Officials have since begun issuing subpoenas and interviewing key figures in Hunter Biden’s business relationships. President-elect Biden has denied any involvement in his son’s dealings, though the contents of the younger Biden’s laptops, as leaked by the New York Post, appear to suggest otherwise.

Barr submitted his resignation last week after clashing with Trump over allegations of voter fraud in last month’s election. The attorney general insisted there was no evidence of widespread fraud that could have altered the outcome of the vote, while Trump has continued to insist that fraud was rampant in several key swing states. Jeff Rosen, the current deputy attorney general, will replace Barr on an interim basis.