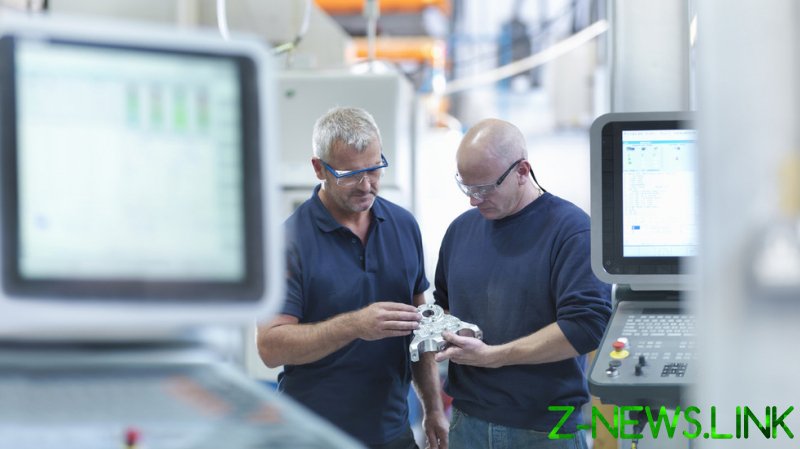 The American economist and defender of free markets, Milton Friedman, once quipped that a “government’s solution to a problem is usually as bad as the problem.” That would adequately sum up Khan’s stated objective of reducing the number of white men employed in science and technology – if it weren’t for one small detail: there is no “problem” to begin with.

Given that an estimated 86% of the British population is derived from white European stock, it might come as no surprise that 65% of STEM jobs are currently filled by white males. Yet in a confused age when the term ‘white’ conjures up bygone images of colonialism and slavery, and white people are said to be born with the cardinal sin of racism, any field dominated by this suspect demographic is now free game for harsh criticism. Thus the attack on white men employed in science, technology, engineering and mathematics (STEM), by no less of a public figure than the London Mayor Sadiq Khan.

“There’s no good reason why 65% of people working in science and engineering should be white men,” Khan scolded in a tweet that made quite a muddy splash. “Inequality costs people’s futures & the economy billions. We’re working on fixing it. So far we’ve helped 10,000 young Londoners learn these subjects so they can follow their dreams.”

The first question that pops into mind is why Khan felt the need to degrade the achievements of an entire demographic, saying there is “no good reason” for their presence in these fields. In these days of political correctness gone wild, that is a shockingly crass statement and one that almost certainly would have cost Khan his job had it been directed at any other racial group. By the way, it is worth asking how many of those “10,000 young Londoners” are representative of the white population who will be subsidized to “follow their dreams.” After all, white people also suffer from the brutal hardships of poverty and inequality.

In any case, Khan’s tweet heard around the world suggests that white folks get their jobs not by virtue of intelligence, diligent study and personal sacrifice – the very essence of a meritocracy – but rather through some sort of privilege-based quota system, exactly the sort that Khan seems to favor. The argument seems flawed, however, since in no other field of study is success predicated on raw performance than in the STEM field; a person can either solve the problems assigned to them or they can’t. No matter how the woke crowd may twist reality to fit their agenda, there are no half truths in mathematics. And if somehow an individual upon graduation lands a STEM job without the proper skill sets they probably won’t be employed for long.

This is not an argument suggesting that only white men can perform STEM jobs. Nothing of the sort. Both men and women, from all racial backgrounds, have proven their talents in this highly competitive discipline. That much is beyond dispute. Thus, had Khan argued on behalf of providing minorities better opportunities for entering STEM careers, so long as everyone competes on a fair and equal playing field, very few people would have found fault with such a proposal. Instead, he has reduced a highly complex and controversial issue, based on a variety of factors, to the crude dynamics of racism and “inequality” where the white man is the ultimate burden.

According to the Mayor of London’s webpage, the “existing STEM skills gap costs the UK economy £6.3bn annually, yet women, many ethnic minorities, LGBTQ+ people, and people from poorer backgrounds are underrepresented in STEM jobs”. It seems utterly ludicrous that any government agency, unless its goal was to appease a certain special interest group, would consider breaking down the STEM workforce according to sex, race and sexual preference.

This is sheer madness and will do nothing to provide UK companies with the most qualified candidate for the job. In fact, best to cover up the name, sex, and race of any candidate during the recruiting process lest errors be made in some futile attempt to meet government-enforced quotas, should it come to that. After all, if Mayor Khan is so concerned about expenditures, he should consider how much will be lost if unqualified employees begin to make up the bulk of the STEM workforce. We may see the day when skyscrapers topple over and airplanes fall out of the sky on a regular basis.

Before the City of London dumps millions of pounds in an effort to eject all of those toxic white men from their privileged positions inside of the STEM industry, it should first heed the lesson of nations like Finland, Norway and Sweden, countries famous for their high degree of gender equality that nevertheless turn out relatively low numbers of female scientists, engineers and mathematicians. This maddening monkey wrench in the woke machinery has been dubbed the ‘gender equality paradox.’

In a 2018 study of 475,000 adolescents across 67 countries or regions, researchers at Leeds Beckett University in the UK and the University of Missouri in the US found that science was more likely to be boys’ best subject. Meanwhile, girls tended to excel in reading comprehension, which relates to higher ability in non-STEM subjects. Girls also tended to register a lower interest in subjects based on science. The study produced nearly the same results regardless of the country.

In the UK, meanwhile, 29% of STEM graduates are female, whereas 48% of UK girls might be expected to take those subjects based on science ability alone. This percentage drops to 39 when both science ability and interest in the subject are taken into account. It is worth asking now, before it is too late, what will happen if or when politicians like Mayor Khan try to strong-arm the situation, forcing people into jobs that they not only don’t like, but may not be the most qualified for.

In closing, it is interesting to note that on the mayor’s webpage, the British Science Association is quoted as saying “a third of young people are now more likely to consider a scientific career as a result of the life-saving vaccine breakthrough during the pandemic, than they were before.” That achievement sounds like British science is doing quite well. In other words, if British STEM isn’t broken, Sadiq Khan may wish to reconsider his desire to fix it. Bring on board new and diverse talent, of course, but no need for an medieval-style inquisition against qualified white men.