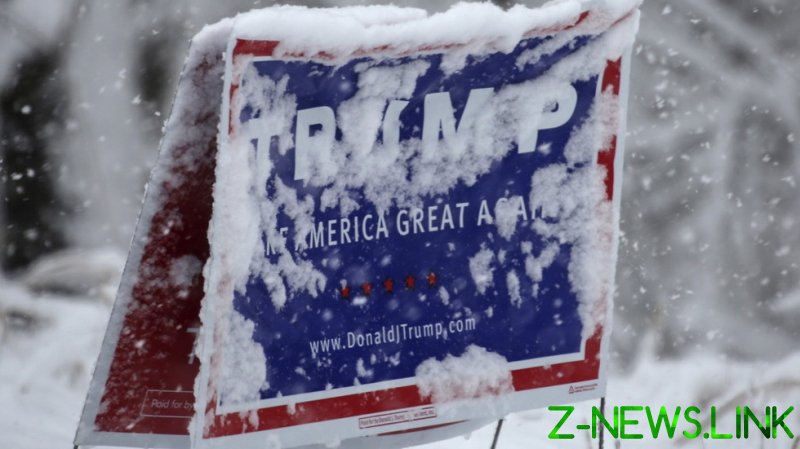 In a piece in the Los Angeles Times titled, ‘What can you do about the Trumpites next door?’ Virginia Heffernan relayed the mixed emotions she felt after her neighbors “did a great job” plowing the driveway of her upstate New York “pandemic getaway” second home without even being asked. The free snow removal apparently triggered a crisis in propriety because the kind-hearted volunteer plower belongs to a family of Trump supporters. Apparently, Heffernan didn’t know whether to thank them or write an accusatory op-ed about them. She chose the latter.

Describing this selfless gesture as an “act of aggressive niceness,” the Brooklyn-based author said the gesture was comparable to the acts of charity carried out by Hezbollah.

“They offer protection and hospitality and win loyalty that way. And they also demand devotion to their brutal, us-versus-them anti-Sunni cause,” she wrote, referring to the Islamic militant and political group, not to be confused with her next-door neighbor who cleared her driveway of snow for free.

But Heffernan had more bizarre analogies up her sleeve. According to the writer, being nice is a time-honored tactic of all sorts of evil regimes, such as Nazi-occupied France. In her piece, she recalled living with a family in France who described the administration of Vichy France as being “polite.”

She ended her thought-piece by observing that “loving your neighbor is evidently much easier when your neighborhood is full of people just like you.” She added that she was open to working “shoulder-to-shoulder” with her neighbors, but only when they acknowledge the “damage” caused by the last four years under Trump.

The op-ed did not sit well with many political pundits.

“This woman compares her Trump-supporting neighbors, who plowed her driveway, to Nazi sympathizers & Hezbollah & wrestles w/whether to show them any kindness since she ‘can’t give them absolution,’” former Fox and NBC host Megyn Kelly wrote in response to the incendiary op-ed. “Note to Virginia Heffernen’s neighbors: don’t plow again.”

Her comment opened the floodgates to similar remarks expressing disbelief and disgust.

Another commenter said the op-ed was “shameful” and serves as an example of how “no good deed goes unpunished.”

Others pointed to the ironic aspects of the piece, observing how Heffernan was judging people different from herself based on her belief that they treat people who are not like them differently.

Still, there were those who argued that Heffernan was right to object, arguing that the “idiocy” of Trump supporters doesn’t excuse their acts of kindness.

On her Twitter page, the writer pushed back against those who said she should be more grateful, noting that her driveway was short, while admitting that the free plow was “a legit favor.”

Left-leaning pundits have been scrambling to demonize Trump and his supporters following the Capitol riot on January 6, which has been attributed to several deaths. Since then, Trump supporters have been labelled as white supremacists and domestic “insurgents,” with terms such as “multiracial whiteness” being invented to explain the former president’s popularity among minorities.