‘No further powers to Brussels’: Hungary’s foreign minister calls for more sovereignty within the EU 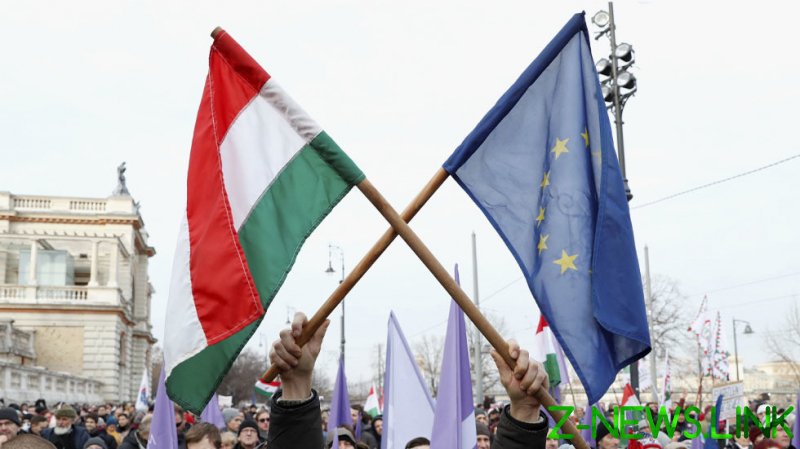 “The EU is strong when its member states are sovereign and strong themselves, and that means – no further powers to Brussels,” Szijjarto said in an interview with Swiss daily Blick. Competitiveness among member states must also be increased, the minister said, suggesting European countries should not be restrained by the membership. “We definitely don’t want the United States of Europe,” he said.

Hungary is “always the target of attacks” from Brussels, Szijjarto alleged, claiming such an attitude is the result of his country’s policies oriented toward national interests.

Hungary’s conservative government led by Prime Minister Viktor Orban is frequently criticized by the EU authorities. Its stance on the bloc’s migration policies has been a sticking point. In May, Budapest angered Brussels when it vetoed a proposed revision to a longstanding EU trade and development agreement with African, Caribbean and Pacific (ACP) partnership countries, citing concerns over the draft’s implications for increasing ACP migration to the EU.

The EU leadership has also been particularly condemnatory over Budapest’s contentious law against LGBT propaganda, which resulted in withholding investment plans, containing grants and loans, earlier this year.

“This is extortion,” the minister told Blick, saying that “the contributions are not humanitarian donations that are paid out of generosity, but part of a contract between the EU and Hungary.”

Budapest is now “in conflict with the European Union,” the publication alleged, saying that it led the Eastern European country to seek closeness with Switzerland. While so far the two states mainly cooperate economically, Szijjarto and Swiss Vice President Ignazio Cassis aim to tighten political partnership. “Both countries value sovereignty and pride themselves on their heritage, culture and independence,” the Hungarian official said.

Suggestions that Hungary might be on its path out of the European Union have previously been put forward. Last week, a national newspaper considered to be close to the Orban government’s views, ran a headline saying, ‘It is time to talk about Huxit‘.