Home / WORLD / No freebies! Pfizer to charge for ‘extra’ Covid-19 vaccine doses as doctors squeeze vials of every drop to inoculate more people

No freebies! Pfizer to charge for ‘extra’ Covid-19 vaccine doses as doctors squeeze vials of every drop to inoculate more people 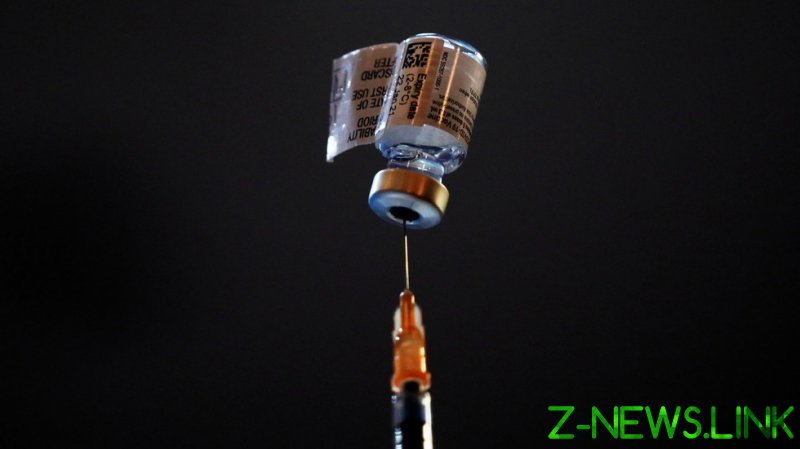 A spokeswoman for the pharma giant, Amy Rose, explained that while the company would “fulfill our supply commitments in line with our existing agreements,” she said that those deals are “based on delivery of doses” themselves, rather than vials, the New York Times reported on Friday.

When doctors found they were able to pull one last dose than intended from Pfizer’s vials, some believed it would mean the 100 million doses the company has pledged to the US by March could actually stretch much further. Pfizer soon dispelled that notion, however, successfully lobbying the FDA to officially designate the extra shot in a label change earlier this month. It now says the additional doses will count toward its existing contracts, meaning fewer vials will be delivered than were previously expected.

“In a situation of limited vaccine supply amidst a public health crisis, our intent with this label change is to provide clarity to health care providers, minimize vaccine wastage, and enable the most efficient use of the vaccine,” Rose said.

While the FDA recommended that health workers use “low dead volume syringes” in order to squeeze the sixth dose out of each vial, some facilities lack access to the specialized needles amid supply shortages spurred on by the pandemic. US health officials launched a review last month to determine if the supply of the syringes could meet an expected surge in demand, ultimately concluding that more than 70 percent of vaccination sites were using the less wasteful needles, and that more could be bought or manufactured if needed, according to the Times.

The newly sworn-in Joe Biden administration is considering invoking the Defense Production Act to fast-track the manufacture of the low dead volume syringes, press secretary Jen Psaki said on Thursday, suggesting there could still be uncertainties about supplies.

However, alongside federal agencies, Pfizer has agreed to track which facilities have sufficient access to the syringes, and says it will not charge for six doses per vial at sites that don’t have the proper equipment, a person familiar with the talks told the Times.

The sudden shift from five to six doses for each vial has made waves for health officials in countries beyond the US, as the European Union followed the FDA’s lead in formally labeling the sixth shot earlier this month. Belgium, for example, said it was forced to cancel some vaccination appointments after learning Pfizer would ship fewer vials, with an official overseeing the country’s inoculation drive, Sabine Stordeur, saying “one shouldn’t be surprised,” as “It’s still a private company.” Those issues also come amid a series of delays in vaccine shipments across Europe, prompting complaints from Germany and even threats of legal action from Poland and Italy.

Beginning as early as next week, US officials could start allocating the Pfizer jab according to the six-dose-per-vial labeling, potentially forcing some US states to put the breaks on their vaccination initiatives, mirroring the setbacks in Belgium.