Home / WORLD / No family, no fun, no respite and no hope: Go-slow BoJo’s roadmap to nowhere quickly just adds to our mountain of lockdown misery

No family, no fun, no respite and no hope: Go-slow BoJo’s roadmap to nowhere quickly just adds to our mountain of lockdown misery 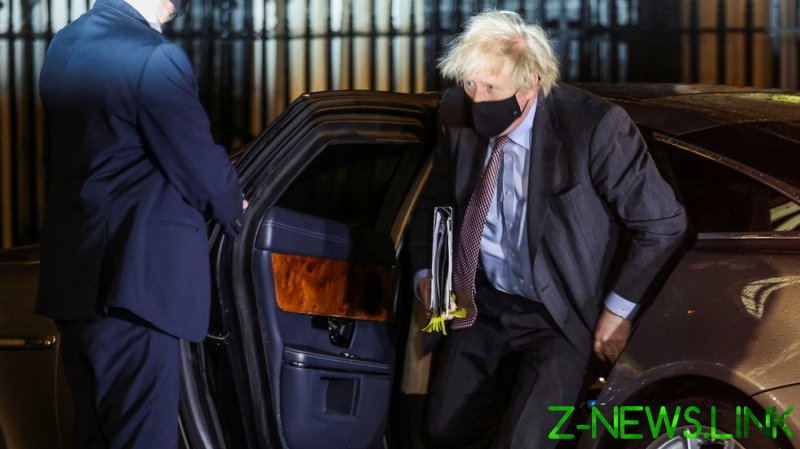 British PM Boris Johnson loves nothing more than standing up in Parliament or before the television cameras and delivering a huge dollop of good news, leaving all the unpleasant stuff to other people.

That way, the public can hate that person and not the Prime Minister.

So, prior to unveiling his lockdown roadmap –destination unknown– today, BoJo made sure that his Chief Scientific Adviser Sir Patrick Vallance was on hand to fluff the press in preparation for the ensuing climax in the Commons.

Shortly before the PM took to his feet, Sir Patrick issued a stern warning that, if lockdown restrictions were lifted all at once, then the UK would definitely face another wave of coronavirus cases, leading to a surge in infections, admissions to hospitals and, of course, deaths.

No one wants that.

But in this game of good cop/bad cop, what Sir Patrick was really doing was to ensure, with his grim scientific prognosis, that the PM’s announcement on what lay ahead would sound like the promise of a day-trip to the sunlit uplands, instead of what it really was, the dampening of any sort of hope of ending lockdown for several more weeks, adding to our mountain of misery.

It could so easily have been a very different outcome.

We were told that all schools in England will reopen on March 8 – still a fortnight away – so why, taking into account the PM’s idea of giving a week’s notice when lockdown amendments are made, are the kids not returning next week?

After all, Scotland and Wales have reopened their schools for younger pupils today, with the rest returning in stages, so why the delay in England? We all have anecdotal evidence of independent schools already welcoming pupils to return, so why not everyone else?

The inconsistency, an overarching theme of the government’s handling of the pandemic, is infuriating.

Added to this is confusion and a disappointing meekness that causes frustration. We all understand the need for public health safety because we have become well-informed citizens in our own right. If children are unlikely to suffer symptoms of Covid-19 and are less prone to spreading infection; and if nearly everyone in the top four groups at risk who wants to be is now vaccinated, then it’s hard to understand why the kids are still stuck on laptops at the kitchen table.

Let’s not forget, death from Covid-19 among children is still exceptionally rare. And with twice-weekly testing among secondary school and college students planned, the chances of their spreading it, which is higher than with younger children, will also be minimised. We should be celebrating their speedy return to school, not dragging our feet.

Our children need to be in the classroom, with their friends and a routine to their learning that will give them the chance to maximise what has been a catastrophic year of education for them. If they could return by next week, that would at least give them a full month before breaking up for Easter holidays, which at this point means just another miserable two weeks stuck at home with nothing open.

Once upon a time, in another life it seems, channeling his inner Franklin D Roosevelt, BoJo the Bold declared, “We have nothing to fear but fear itself.” And Covid-19.

Today he seemed a shadow of that man: making his roadmap announcement like a meek, ultra-cautious mouse tip-toeing towards freedom. It was as puzzling as it was disappointing at a time when a third of the adult population of the nation have been vaccinated against the virus and, for the first time in a year, we can really see the light at the end of the tunnel.

So let’s get on with it. I don’t want to wait another 49 days to visit the pub or go to the barber, or 84 days before the kids can see their nan. The PM glossed over the fact that Easter is a dud for yet another year. No family, no fun, no worship.

And, just like last year, no apology to those people for whom those Easter traditions are important.

BoJo’s gambit was to use five-week blocks – one week of notice, four of measuring effects – to exit the lockdown. This is like asking people to look at the horizon and hoping they ignore the abyss at their feet. Well, it didn’t work on me.

He even had the cheek to suggest that some might see this roadmap as the government being too ambitious. Like an unkempt, tousle-haired, middle-aged Greta Thunberg, he solemnly declared, “We must be humble in the face of nature.”

Someone actually earns a good salary writing this crap for him.

There is nothing wrong with humility, but not the variety where you lay prostrate on the ground unable to lift your gaze for fear of being smote for your impudence. There is also nothing wrong with ambition, not the wild-eyed, champagne and cocaine-fuelled type, but that based on experience, success and grounded optimism.

The unbelievably successful vaccine rollout has given Britain that. The Prime Minister is wrong not to make the most of it and to waste a golden opportunity.