Home / WORLD / ‘No escape for Biden’: Trump will attend next debate despite ‘unfair’ rule change & no foreign policy topics 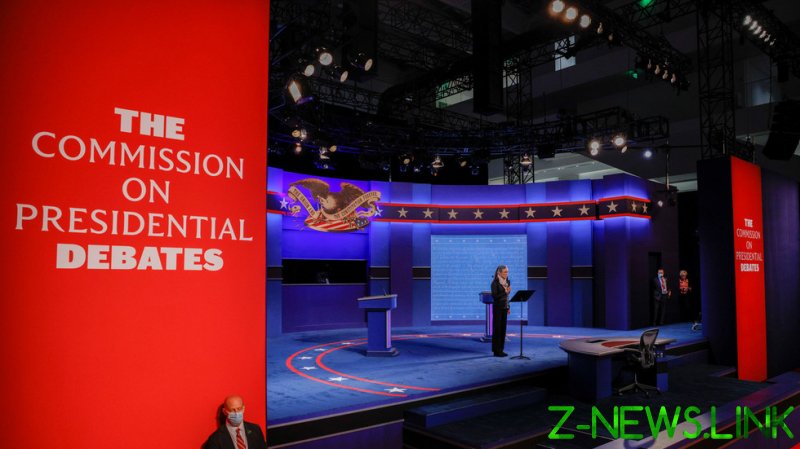 Trump’s campaign also clarified his intentions for the upcoming October 22 debate earlier on Monday, stating the president would show up for the event while blasting the debate commission as “biased” for the rule change, which will see both challengers’ microphones cut during certain segments of the debate.

“President Trump is committed to debating Joe Biden regardless of last minute rule changes from the biased commission in their latest attempt to provide advantage to their favored candidate,” Trump campaign manager Bill Stepien said in a statement. He added that the president would hit Biden on foreign policy – including recent allegations about the business dealings of himself and his son, Hunter – even though the debate will not feature any topics in that category.

The Commission on Presidential Debates announced the new rule on Monday afternoon, saying that mics will be muted for one candidate while the other gives their opening statement at the beginning of the debate’s six segments, each set to last two minutes. Both mics will be left on during the “open discussion” portions of the event, however.

The commission acknowledged the abrupt shift in rules may not go over well with either candidate, but maintained it was “comfortable that these actions strike the right balance and that they are in the interest of the American people, for whom these debates are held.”

The Trump campaign also took aim at the commission on Monday after it became known that foreign policy would not feature as a topic at the event, noting in a scathing letter that it would break a “long-standing custom” to discuss foreign affairs during the presidential debates.

“We understand that Joe Biden is desperate to avoid conversations about his own foreign policy record,” Stepien wrote, adding that the commission had “ceded to the wishes of the Biden campaign.”

Originally set for October 15, the second presidential debate was cancelled after the commission said the event would pose health risks, presumably due to Trump’s coronavirus infection, from which he has since recovered. Though a virtual debate was proposed, Trump turned down the idea, while the commission refused to agree to postpone the event to another date, leaving the final debate for October 22.