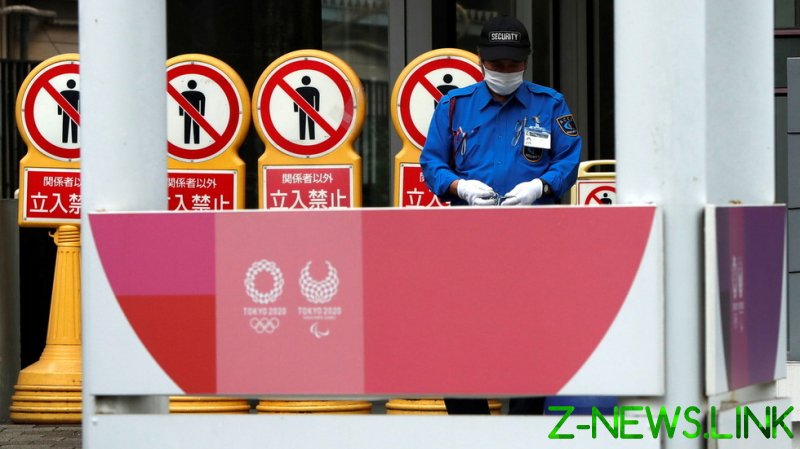 With the Tokyo Olympics set to kick off in less than two months on July 23, Japanese authorities have come up with a draft of measures to prevent the games from turning into a superspreader event, the Yomiuri Shimbun newspaper reported, citing government officials.

Fans will be required to show a vaccination certificate or a negative Covid-19 test result taken within a week of attending an event. By the end of June, authorities are set to determine the maximum capacity at each facility, where additional security guards will be deployed to check for violations, and ensure the orderly entry and exit of the crowds.

Wearing masks will be mandatory at all times inside the venue, and the authorities are even mulling a ban on eating and drinking in the stands. Chaotic and loud cheering, hugging and high-fiving may also be banned, according to the paper.

The limitations, if adopted, will only apply to Japanese fans, however, since all foreign visitors were already banned from attending the games back in March.

Japanese authorities and Olympic Committee officials have repeatedly dismissed fears about the games, stating they are not considering canceling or postponing the event, but only focusing on how to hold the games safely.

Japan is in the middle of a fourth wave of Covid-19, with nine regions throughout the country already under state-of-emergency restrictions. Since the start of the pandemic, Japan has recorded 741,674 cases of the virus, with 12,920 fatalities, according to data provided to the World Health Organization as of May 30. On Friday, Japan extended the state of emergency in Tokyo and other areas to June 20.