Home / WORLD / No clear winner in Israeli election, but Netanyahu has upper hand in building a coalition

No clear winner in Israeli election, but Netanyahu has upper hand in building a coalition 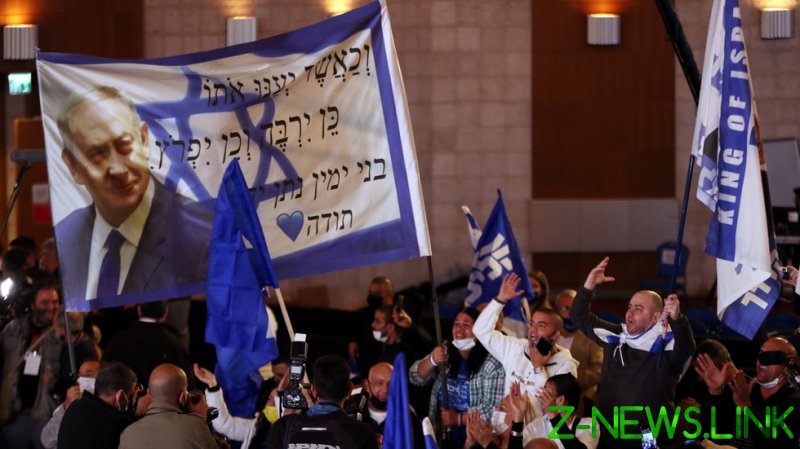 Israelis went to the polls on Tuesday, to vote in the fourth general election in two years. Rocked by corruption charges in 2018, Netanyahu has managed to hold onto power thus far, winning a narrow victory in spring 2019 but failing to form a government.

After multiple elections, abortive back-and forth attempts between Netanyahiu and rival Benny Gantz to form coalitions, and Netanyahu’s shutdown of the country’s institutions last year – ostensibly due to the threat of Covid-19 – the Jewish state has finally had another shot at choosing a government.

Channel 13’s exit poll showed Netanyahu’s Likud party on track to win 33 seats in the 120-seat Knesset. Though far short of the 61 seats necessary for a majority, Netanyahu could cobble together a coalition of other right-wing parties to remain in power, but only if he secures the support of Naftali Bennett of the Yamina party.

Yamina, a right-wing party, is projected to win seven seats, all of which Likud will need to fend off the gaggle of left-wing and minority right factions opposing Netanyahu. Without Bennett’s support, these parties would defeat Netanyahu’s coalition in terms of sheer numbers, but would be highly unlikely to agree on forming a government themselves.

According to the Channel 13’s projections, the pro-Netanyahu block has so far secured 54 seats, while the opposition is on course to get 59.

Aware of his role as potential kingmaker, Bennett simply told reporters on Tuesday night that he would “do only what is good for the State of Israel.”

Bennett is a former aide to Netanyahu and has previously said that he wouldn’t partner up with possible center-left coalition leader Yair Lapid, whose Yesh Atid party is projected to come in second to Likud with 16 seats. As such, Netanyahu can count him a likely ally – barring a surprise reversal, of course.

While exit polls suggest the election is too close to call, Netanyahu has already made a case for a future right-wing government, calling the preliminary results “a huge victory for the right and the Likud under my leadership.”

“It is clear that a clear majority of Israeli citizens are right-wing, and they want a strong and stable right-wing government that will preserve Israel’s economy, Israel’s security and the Land of Israel,” the Israeli PM tweeted on Tuesday night, after exit poll projections were released. 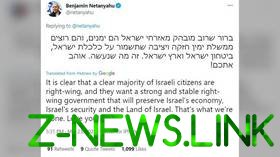 The final results, however, are not expected before the end of the week and may well change the shaky balance of power in Tel Aviv.