Home / WORLD / ‘No change’ in US policy on Taiwan, White House says after Biden vows to defend it against China

‘No change’ in US policy on Taiwan, White House says after Biden vows to defend it against China 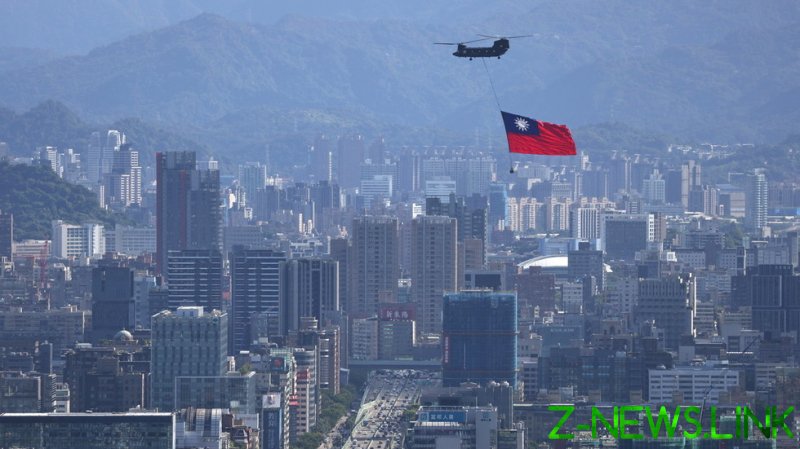 “The president was not announcing any change in our policy and there is no change in our policy,” a White House spokesman told journalists on Friday, commenting on Biden’s earlier statements. The US president raised eyebrows on Thursday when he said Washington would support Taiwan if China attacked it.

Speaking at a CNN forum on Thursday, Biden claimed Washington had a “commitment” to defend Taipei under the Taiwan Relations Act (TRA), which governs relations between the two. The document, however, does not contain any actual mutual defense treaty.

This fact apparently did not stop the US Secretary of Defense Lloyd Austin from doubling down on Biden’s statement after a NATO defense ministers’ meeting in Brussels earlier on Friday. Austin said the US would continue to help the island nation with “resources and capabilities.”

He added, however, that he would not “engage in any hypotheticals,” concerning exactly how the US would respond if China attacked the island nation which Beijing regards as an inalienable part of its territory.

The defense secretary also reiterated Washington’s commitment to the ‘One China’ policy at the same time. Under this policy, the US recognizes the People’s Republic of China as the legal government of China, while also maintaining unofficial diplomatic relations with Taiwan.

The White House’s somewhat ambiguous statement on Friday said the US’ defense relationship with Taiwan is “guided by the Taiwan Relations Act” and added that it would stick to its commitments under the act as well as oppose “any unilateral changes to the status quo.”

Biden’s statement sparked an angry reaction from China. On Friday, the Chinese Foreign Ministry called the Taiwan issue a purely “internal affair” for Beijing, adding that no external interference is permitted and saying it would not compromise on its “core” interests.

Austin, meanwhile, also vowed to “collectively work” with European partners to ensure that the Indo-Pacific region remains “free and open.” Europe’s increased engagement in the area also drew criticism from China as Beijing condemned a EU Parliament decision, in which the MEPs overwhelmingly supported increasing ties with Taiwan.