Home / WORLD / ‘No boots on the ground here’: Pakistan rules out possibility of housing US troops on its bases after withdrawal from Afghanistan

‘No boots on the ground here’: Pakistan rules out possibility of housing US troops on its bases after withdrawal from Afghanistan 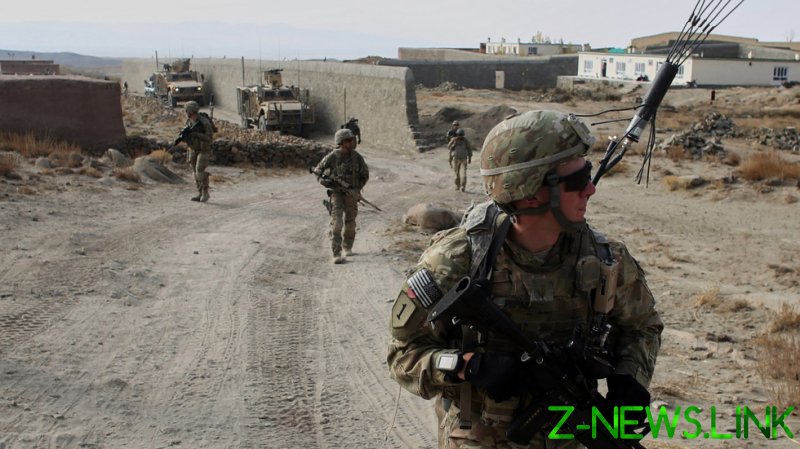 Pakistani bases, airspace and all-season supply routes and communication lines into neighboring Afghanistan had been crucial in enabling and sustaining the US-led military invasion following the 9/11 attacks two decades ago.

However, at a press meet in the capital Islamabad on Tuesday, Minister for Foreign Affairs Shah Mehmood Qureshi said Pakistan would not participate in any future US military campaigns – and will choose to remain “partners in peace.”

“No. We don’t intend to allow boots on the ground here, and Pakistan isn’t transferring any base (to the US)… We will be partners in peace, and this will be our role – the role of a facilitator,” said Qureshi, responding to a question on whether the government was under pressure to turn over bases to US.

“There is no pressure. Pakistan will protect its interests,” he added.

Last month, US President Joe Biden said the remaining 2,500-3,500 US troops and around 7,000 NATO soldiers will withdraw from Afghanistan by September 11, more than four months after the May 1 deadline agreed upon by the Taliban and Washington as part of an accord reached last year.

Biden had also stated that the US would “reorganize its counter-terrorism capabilities and assets in the region” to deter potential terror threats.

During a press briefing last month, General Kenneth McKenzie, who heads US Central Command, said American diplomats were examining “what the art of the possible is” regarding basing agreements with Afghanistan’s neighbors to see where troops can be repositioned – but did not name Pakistan, which shares a roughly 2,600-kilometer land border with the war-torn country.

“We do have other options that are on the table. We will explore those options even as the whole of government – the inter-agency process looks to find the best possible combination of basing options to support future counter-terrorist contingency operations,” said McKenzie.

Nor have US officials commented on media conjecture that the matter of basing rights might be hashed out in bilateral discussions. Speculation on such has been fueled by reports that Pakistan’s air force is constructing a new air base in the Balochistan region, where another base once housed US drones.

Last week, however, US State Secretary Antony Blinken implied that Pakistan had been a “free rider” in the conflict – speaking aloud the popular American perception that it and other neighboring countries had benefited from the presence of US and NATO troops without making significant contributions.

“The decision [to pull out] has concentrated the minds of pretty much everyone inside and outside of Afghanistan and the region as well. For the last 20 years, they’ve been – to some extent – free riders on us, on NATO, on our partners,” Blinken said. “They now have to decide, including Pakistan, where their interests lie.”

But Qureshi said Pakistan’s government had adopted an “explicit policy” with regards to partnering with the US in the peace process, noting that Islamabad had been using its leverage over the Taliban to coax them into reaching a settlement with Afghan authorities.

“It’s our need, and we want it to happen this way,” he said, adding that Afghans would have to take ownership of the peace process to make it work.