Home / WORLD / ‘No apologies whatsoever!’ Chicago mayor defends ban on protests in HER neighborhood, vows to do anything to protect home & family

‘No apologies whatsoever!’ Chicago mayor defends ban on protests in HER neighborhood, vows to do anything to protect home & family 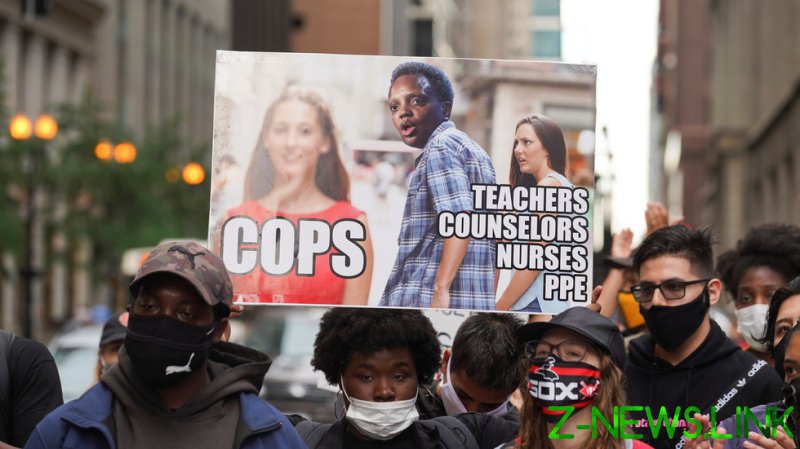 The Chicago Police Department has ordered officers to bar protesters from Lightfoot’s Logan Square neighborhood and arrest any who refuse to leave, the Chicago Tribune reported on Thursday, citing a recently surfaced police directive from July. Though the progressive Democrat mayor has frequently applauded “peaceful protests,” she argues the ban is needed for her own safety.

“I think that residents of this city, understanding the nature of the threats that we are receiving on a daily basis – on a daily basis – understand I have a right to make sure that my home is secure,” Lightfoot told reporters when asked about the directive, though declined to outline any examples.

Since a wave of mass demonstrations kicked off after the death of George Floyd at the hands of law enforcement in Minneapolis, crowds of activists have gathered outside Lightfoot’s home on several occasions to protest police brutality and department funding. Following one event in late July that drew hundreds to the neighborhood, however, police have largely kept demonstrators away, apparently enforcing the CPD directive.

Through the weeks of unrest – which in Chicago has frequently descended into riots and looting – Lightfoot has vacillated between support and vocal condemnation of protesters. In a leaked recording of a conference call with city officials published in June, the mayor said Chicago Alderman Raymond Lopez was “full of sh*t” when he voiced concerns about violent protests reaching residential neighborhoods. Yet just one day prior, the mayor issued a harsh statement slamming protests that had “devolved into criminal conduct,” saying some activists showed up “armed for all-out battle” with police, though she has continued to encourage “peaceful” demonstrations since.

READ MORE: Chicago mayor urges citizens to call cops on feds, so she can sue Trump for ‘abuses’ in crackdown on gun crime

The order banning protests on Lightfoot’s block makes no distinction between peaceful and violent protest, however, saying the neighborhood “should be locked down” and that officers should immediately call for back-up at the first sign of a gathering. But despite a constant police presence around the mayor’s home, no arrests have been made on her block since the order was issued earlier this summer, with only two “public peace” violations reported there since July 21, according to city statistics cited by the Tribune.