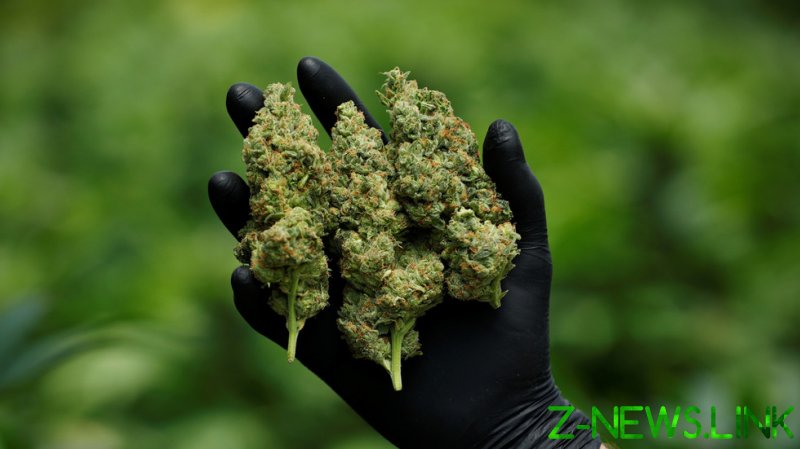 Murphy announced on Monday he had signed legislation that would launch a recreational marijuana marketplace and finally legalize the drug’s use by adults (and decriminalize its use by minors), fulfilling a promise he made three years ago.

The governor did not really have a choice – voters showed up overwhelmingly back in November to support an amendment to the state’s constitution to legalize the drug, and Murphy had until Monday as a deadline to sign two of the three bills in question.

In addition to decriminalizing the possession of fewer than 6 ounces of the drug, the legislation will lower the penalties for underage possession of both marijuana and alcohol – which was previously punishable by up to a $1,000 fine and six months in jail. Punishment for subsequent offenses include notifying the minor’s parents and community service, but jail is no longer on the table for minors caught smoking. The new laws will also “limit the use of previous marijuana convictions.”

While the new legislation prohibits towns from taking it upon themselves to more strictly punish underage drinkers and smokers, it creates stronger penalties for anyone who supplies the drug to anyone under 21 years old, with a third offense being charged as the equivalent to a petty “disorderly persons” crime.

New Jerseyans who’d hoped to start smoking their way to legal bliss have quite a few more roadblocks ahead of them, however. The governor has estimated it could be six months until the “marketplace” is fully operational, explaining the state needs to set up a Cannabis Regulatory Commission first in order to dole out licenses and draft regulations. The drug will be heavily taxed, with 70 percent of the proceeds earmarked for areas disproportionately affected by past marijuana laws.

Murphy congratulated himself on his long-delayed accomplishment, dancing around the part where his constituents had had to all but drag him over the finish line. “Our current marijuana prohibition laws have failed every test of social justice,” the governor declared, insisting he had “for years…strongly supported the legalization of adult-use cannabis.” Despite massive popular support for the measure, Murphy had initially received pushback from members of both parties upon taking office in 2018, his critics demanding solutions to a range of issues including expunging the criminal records of those already convicted of marijuana-related offenses. More recently, he claimed he had dragged his feet from November due to concern that young black and Hispanic individuals would still disproportionately face arrests and other harassment by police eager to make a bust.

Not all pot-related crimes have been ditched, however. Growing without a license, trafficking or distributing, and selling, transporting, or illegally importing marijuana all remain criminal – a situation likely to create confusion. Just 37 cultivators’ licenses will be available for the first two years. New Jersey has 13 marijuana dispensaries already, though the drugs on sale within were until now strictly for medical usage.

Not everyone was thrilled that the state had finally legalized pot, however. The NJ Patrolmen’s Benevolent Association warned its members that the bill Murphy had signed went quite a bit further than November’s vote for the constitutional amendment to make the drug legal, imposing severe penalties on any cop who used the smell of marijuana (or alcohol) as a reason to search an individual.

“This bill dangerously ties your hands,” the PBA warned its members, pointing out that the penalties for a cop who searched a minor illegally smoking pot were now more severe than for that minor, should he be caught with (still illegal, given his age) pot. The child would receive a written warning, while the officer would be charged with 3rd Degree Deprivation of Civil Rights.

Not that many felt pity for the police.

Indeed, many demanded Murphy make his next order of business emptying the jails of those caught up in the state’s endless marijuana arrest processing machine, noting “legalization” hadn’t changed anything in the last three months.

“When do the cops stop arresting us?” one commenter wanted to know, while others pointed out that it was still illegal to grow your own plants.

Others claimed the governor was saddling his state with more – not fewer – problems, from higher insurance premiums to intoxicated driving, while distracting from real issues.