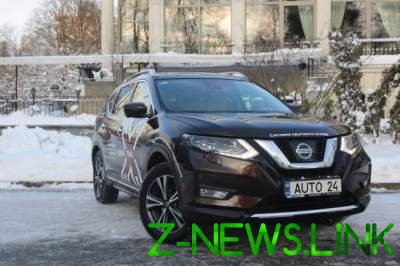 The capital was covered with snow, and all entrances to it were blocked by stuck trucks.

In such conditions began to test drive the Ukrainian roads updated Nissan X-Trail 2017.

A few of the updated crossover Nissan X-Trail went on a journey in the midst of snow in the Central part of Ukraine. Most of them were front wheel drive.

To get from Kiev to the White Church, usually drivers are a motorway E95 called Kiev “Odessa”. But not this time. The consequences of the snowfall has forced a group of Ukrainian media to take another route. After all, in front of White Church road has been blocked the main truck stuck on a snowy road.

During the test drive Nissan X-Trail the MOE staff with the help of serious equipment just stretched the truck. The police blocked the road, and we drove around. Right at the entrance to the village Customs, we turned in Fastivets ‘ and then Fastiv. Bypassing the district center of Kiev region, reached the first point of our journey – White Church.

Then it was interesting – from the White Church we went to, Square, then Pogrebische and Turbiv. The ultimate goal of our journey – Vinnitsa. We drove through deserted narrow country roads, covered with snow and ice broken asphalt or even old paving stones.

Besides us there went except that lonely bus, and between the villages – buses, razvozyaschy to school children.

Supplied to Ukraine restyled Nissan X-Trail is equipped with the petrol atmospheric engines volume of 2.0 and 2.5 with a capacity of 144 HP and 171 HP, and a diesel turbocharged engine of 1.6 liter capacity 130 HP and torque of 320 NM. It is the car with the latest powertrain and a CVT we had on the test drive.

The diesel motor is properly pulling heavy crossover, he does a really good transmission – CVT. With a smooth acceleration, it simulates the operation of the automatic transmission by reducing the engine speed. And only when you try to rapidly accelerate, the CVT keeps the motor in the zone of maximum revs, accompanied by the dull sound. Although the acceleration is not amazing. However, this style of riding is characteristic of most cars with CVTs.

Pendant showed itself from the best side on all surfaces – she gently worked through the bumps, and the moves have helped us to overcome some pretty big obstacles. High ground clearance of 210 mm was given the ability to not worry about the traffic, even if the road were tracks or sprinkled on the top of the snow.

As on a snowy road and rascisim snow or clean ice, X-Trail confidently held the road. Even if you rotate the rear of the car was a little down, this is easily adjusted by working the steering and stabilization system.

Thus, during the trip the car never did not disappoint us. None of the X-Trail is not stalled and has not gone the distance. Moreover, several times we with this crossover helped to pull less fortunate colleagues from the snow trap.

The road back was much easier. The track “Vinnytsia – Berdychiv – Zhytomyr – Kyiv” were cleared to the pavement – apparently, the consequences of the Prime Minister’s visit to his small Home.

And only sometimes on the second line is left-Packed snow and ice build-up. Along the cleared track we are on the X-Trail was traveling with the maximum allowed speed of 130 km/h and the car are well kept and the road.

The diesel engine has ruined the us with their “appetite”. Despite the difficult road conditions and low average speed, we have never used and a full tank of fuel. On the road to Vinnitsa average fuel consumption is 8.6 liters per 100 km, and Kiev – 6,6 L. 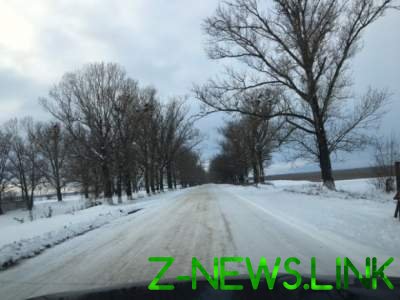 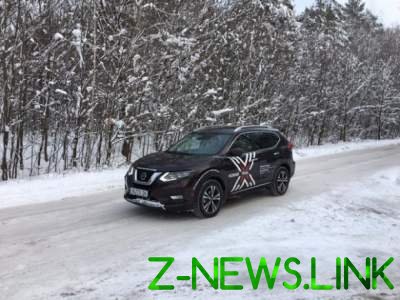 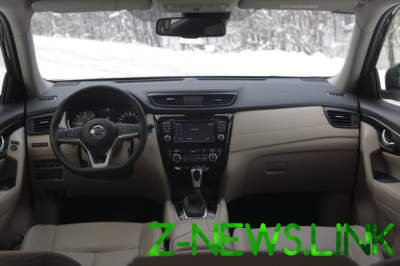 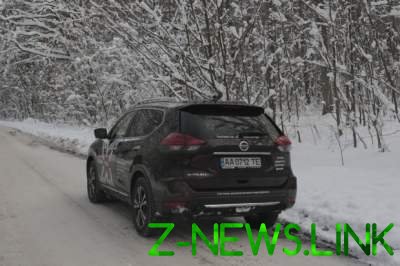 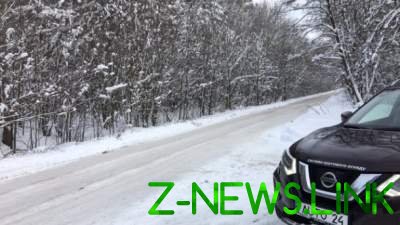