Nintendo will release two new versions of the Switch-console 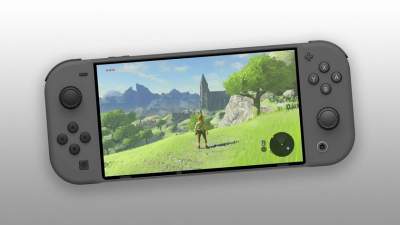 Budget Nintendo Switch will become stronger and cheaper, but will lose key features.

Recently the Wall Street Journal said that Nintendo is preparing two versions of the Switch, and now the Network appeared more details.

New rumors have come to a site Eurogamer. According to the source, cost-reduced version Nintendo Switch will lose the docking station for connection to TV and will be stronger than the original. So the company wants to cater to gamers who use the console only in portable mode, and children. It is possible that the “cheap switch” in the footsteps of the Nintendo 2DS and get the whole plastic case.

If the rumors are true, then a cheap Switch will come out stronger, without connectivity to a docking station and will lose the HD vibration. This can greatly reduce the cost of the console that will attract the attention of even more gamers. According to Eurogamer, Nintendo wants to lure the users who still play on the 3DS.

In turn, improved Nintendo Switch can go through the development of the high line “portative”. In February 2015 the “big N” has released a New Nintendo 3DS, which became an improved version of the original Nintendo 3DS with improved processor. Nintendo even started producing games that are suitable only for the New 3DS.

The price of new consoles is not reported, but according to rumors, they will be released in the summer of 2019.