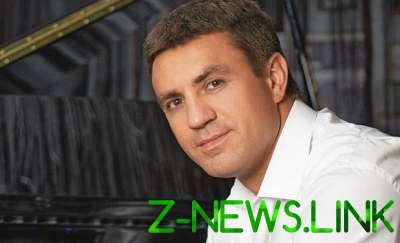 In this regard, many thought that his first-born he’s a little rusty. However, despite the new experiences and strong employment, Tishchenko found the time to meet with Danilo.

Photo Nicholas posted on Instagram, taken during a family hike in one of Kiev restaurants Tishchenko “Velour”. 12-year-old Daniel sweet sleep, with his head resting on daddy’s knees, and he froze, fearing to disturb the sleeping boy. Were talking – one look at the adult father and at the same time small older son says better than any words.

With his elder son Nikolay Tishchenko first spent quite a lot of time together walking around his native Kiev, had a boat ride, traveled to Ukraine, visited Lviv and other cities. Often the proud Papa shared photos on Instagram while his life has changed dramatically – a 45-year-old businessman was married a third time, and his choice was a young student of Alla Baranovskaya, which under him for 22 years.

In March 2017, the young wife gave birth to Nikolay Tishchenko of the son, which for her was the first child, but for Daniel – half-brother. The birth took place in Miami, where the pair went for a few months before. Tishchenko was present at the appearance of the son to the light, he cut the umbilical cord and the first took the baby in his arms.

In mid-may, Nikolay Tishchenko with his wife and young son have returned to Ukraine, the baby was baptized in one of the cathedrals of Kiev and showed the first photo of the child in the hands of the Pope. However, the boy’s name is still kept secret, calling him in interviews and posts on Instagram a Smurf.

We will remind, Nikolay Tishchenko, entrepreneur, leader and athlete, accepted the offer to participate in the project “Inspector” on the STB as a new auditor and driving around the cities of Ukraine with the inspection with the team of the show. 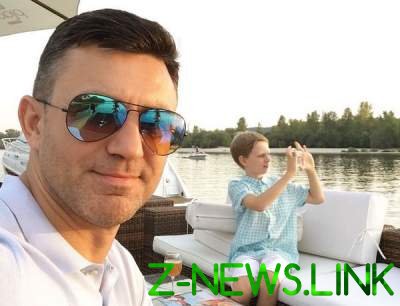